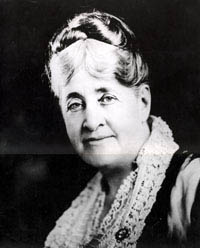 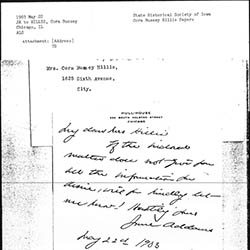 Cora Bussey Hillis devoted much of her time to educating the population about children's health. She organized the Iowa Congress of Mothers and helped create mothers' clubs across Iowa. Hillis was one of the leaders in pushing public opinion of, drafting, and finally passing a bill which led to the installation of juvenile courts in Iowa. She also secured a separate bath house and a "fresh air camp" in Des Moines, Iowa. Hillis died in a car accident in 1924, while in the middle of drafting a report pertaining to delinquent children.