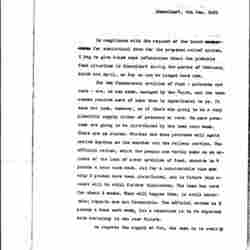 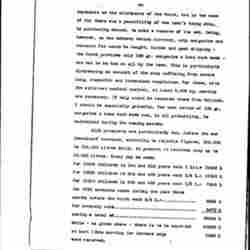 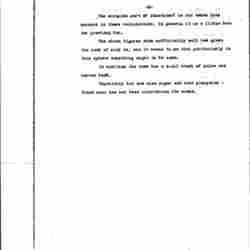 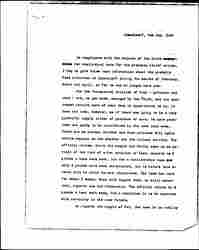 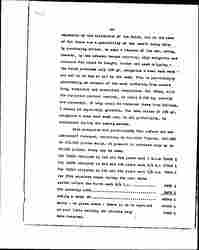 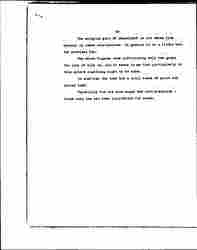 In compliance with the request of the Dutch authorities for statistical data for the proposed relief action, I beg to give below some information about the probable food situation in Düsseldorf during the months of February, March and April, as far as can be judged here now.

The two fundamental articles of food -- potatoes and corn -- are, as you know, managed by the Reich, and the town cannot receive more of same than is apportioned to [it]. It does not look, however, as if there was going to be a very plentiful supply either of potatoes or corn. No more potatoes are going to be distributed by the town next week. There are no stocks. Whether and when potatoes will again arrive depends on the weather and the railway service. The official ration, which the people can hardly make do on account of the lack of other articles of food, amounts to 7 pounds a head each week. But for a considerable time now only 5 pounds have been distributed, and in future this amount will be still further diminished. The town has corn for about 3 weeks. What will happen then, is still uncertain; reports are not [favorable]. The official ration is 5 pounds a head each week, but a reduction is to be expected with certainty in the near future.

As regards the supply of fat, the town is in reality [page 2] dependent on the allotments of the Reich, but in the case of fat there was a possibility of the town's being able, by purchasing abroad, to make a reserve of its own. Owing, however, to the debased German currency, only margarine and [coconut] fat could be bought. Butter and good dripping -- the Reich provides only 100 gr. margarine a head each week -- are not to be had at all by the town. This is particularly distressing on account of the many suffering from severe lung, stomachic and intestinal complaints. For these, with strictest medical control, at least 8,000 kg. monthly are necessary. If help could be rendered these from Holland, I should be especially grateful. The town ration is 100 gr. margarine a head each week can, in all probability, be maintained during the coming months.

Milk prospects are particularly bad. Before the war Düsseldorf consumed, according to reliable figures, 120,000 to 150,000 [liters] daily. At present it receives only up to 20,000 [liters]. Every day we need:

at most (this morning for instance) only 9000 L

The occupied part of Düsseldorf is not taken into account in these calculations. In general it is a little better provided for.

The above figures show sufficiently well how great the lack of milk is, and it seems to me that particularly in this sphere something ought to be done.

In addition the town has a small stock of pulse and corned beef.

Especially bad are also sugar and [meat] prospects -- fresh meat has not been distributed for weeks. 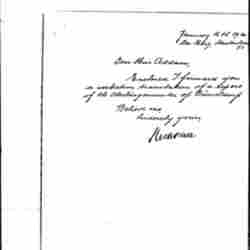