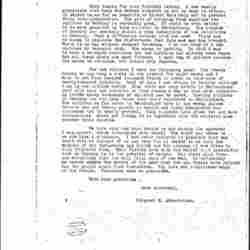 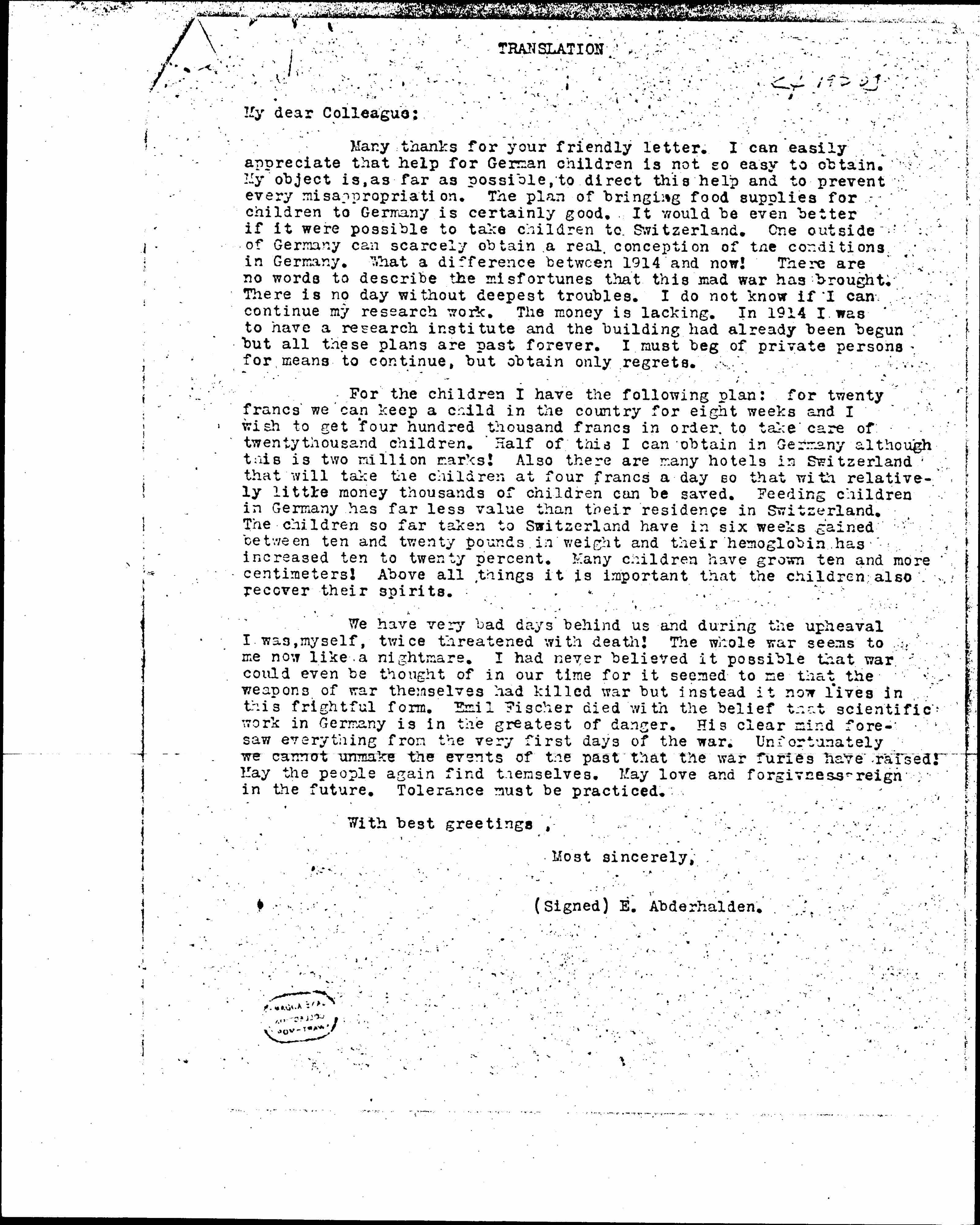 Many thanks for your friendly letter. I can easily appreciate that help for German children is not so easy to obtain. My object is, as far as possible, to direct this help and to prevent every misappropriation. The plan of bringing food supplies for children to Germany is certainly good. It would be even better if it were possible to take children to Switzerland. One outside of Germany can scarcely obtain a real conception of the conditions in Germany. What a difference between 1914 and now! There are no words to describe the misfortunes that this mad war has brought. There is no day without deepest troubles. I do not know if I can continue my research work. The money is lacking. In 1914 I was to have a research institute and the building had already been begun but all these plans are past forever. I must beg of private persons for means to continue, but obtain only regrets.

For the children I have the following plan: for twenty francs we can keep a child in the country for eight weeks and I wish to get four hundred thousand francs in order to take care of twenty thousand children. Half of this I can obtain in Germany although this is two million marks! Also there are many hotels in Switzerland that will take the children at four francs a day so that with relatively little money thousands of children can be saved. Feeding children in Germany has far less value than their residence in Switzerland. The children so far taken to Switzerland have in six weeks gained between ten and twenty pounds in weight and their hemoglobin has increased ten to twenty percent. Many children have grown ten and more centimeters! Above all things it is important that the children also recover their spirits.

We have very bad days behind us and during the upheaval I was, myself, twice threatened with death! The whole war seems to me now like a nightmare. I had never believed it possible that war could even be thought of in our time for it seemed to me that the weapons of war themselves had killed war but instead it now lives in this frightful form. Emil Fischer died with the belief that scientific work in Germany is in the greatest of danger. His clear mind foresaw everything from the very first days of the war. Unfortunately we cannot unmake the events of the past that the war furies have raised! May the people again find themselves. May love and forgiveness reign in the future. Tolerance must be practiced. 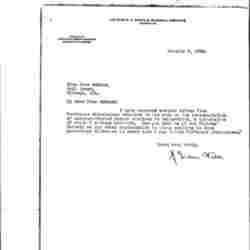