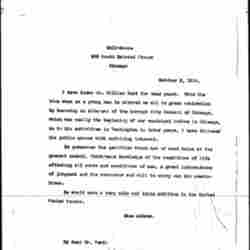 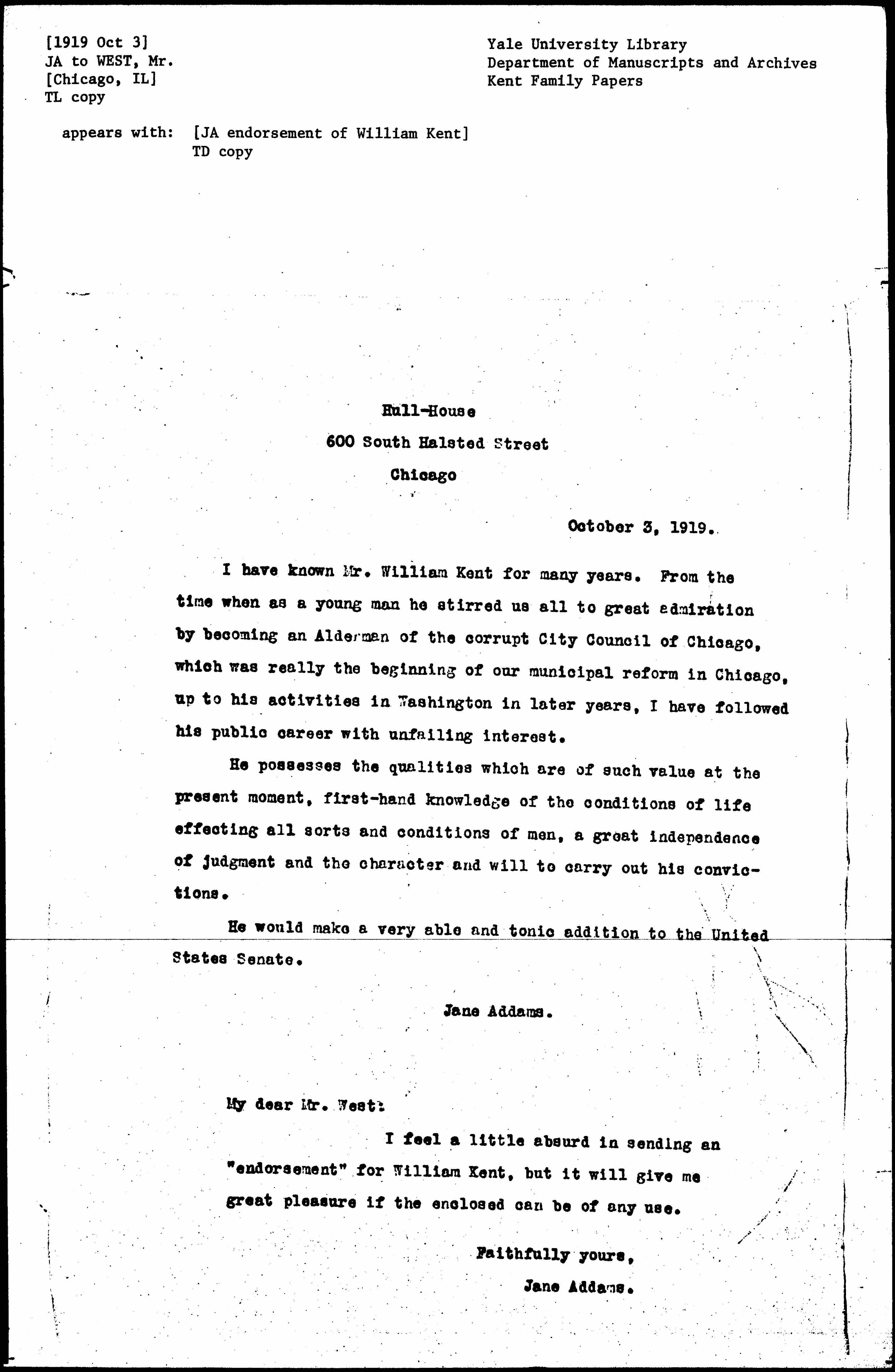 I have known Mr. William Kent for many years. From the time when as a young man he stirred us all to great admiration by becoming an Alderman of the corrupt City Council of Chicago, which was really the beginning of our municipal reform in Chicago, up to his activities in Washington in later years, I have followed his public career with unfailing interest.

He possesses the qualities which are of such value at the present moment, first-hand knowledge of the conditions of life effecting all sorts and conditions of men, a great independence of judgment and the character and will to carry out his convictions.

He would make a very able and tonic addition to the United States Senate.

I feel a little absurd in sending an "endorsement" for William Kent, but it will give me great pleasure if the enclosed can be of any use.