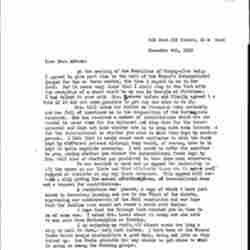 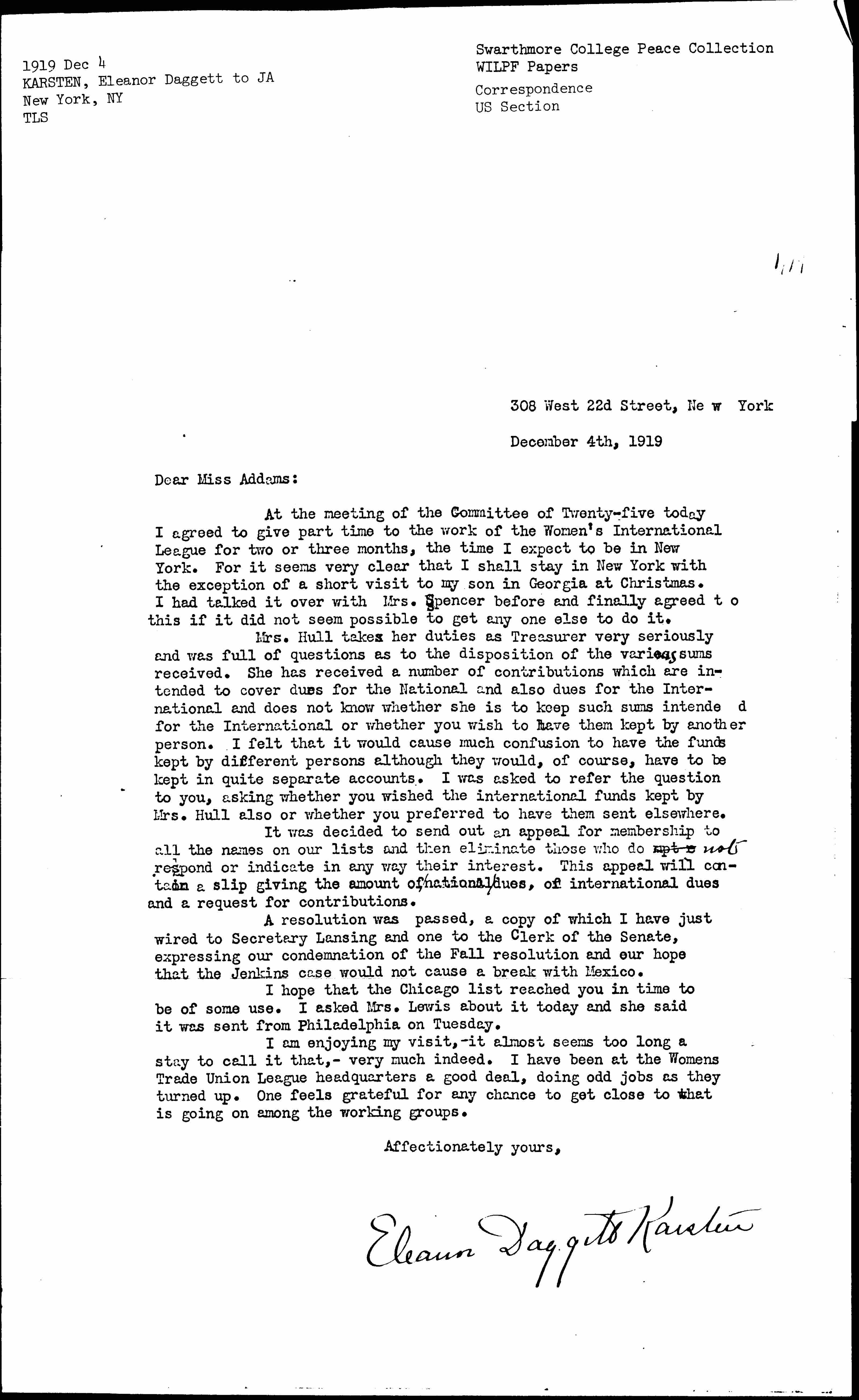 At the meeting of the Committee of Twenty-five today I agreed to give part time to the work of the Women's International League for two or three months, the time I expect to be in New York. For it seems very clear that I shall stay in New York with the exception of a short visit to my son in Georgia at Christmas. I had talked it over with Mrs. Spencer before and finally agreed to this if it did not seem possible to get [anyone] else to do it.

Mrs. Hull takes her duties as Treasurer very seriously and was full of questions as to the disposition of the various sums received. She has received a number of contributions which are intended to cover dues for the National and also dues for the International and does not know whether she is to keep such sums intended for the International or whether you wish to have them kept by another person. I felt that it would cause much confusion to have the funds kept by different persons although they would, of course, have to be kept in quite separate accounts. I was asked to refer the question to you, asking whether you wished the international funds kept by Mrs. Hull also or whether you preferred to have them sent elsewhere.

It was decided to send out an appeal for membership to all the names on our lists and then eliminate those who do not respond or indicate in any way their interest. This appeal will contain a slip giving the amount of national dues, of international dues and a request for contributions.

A resolutions was passed, a copy of which I have just wired to Secretary Lansing and one to the Clerk of the Senate, expressing our condemnation of the Fall resolution and our hope that the Jenkins case would not cause a break with Mexico.

I hope that the Chicago list reached you in time to be of some use. I asked Mrs. Lewis about it today and she said it was sent from Philadelphia on Tuesday.

I am enjoying my visit, -- it almost seems too long a stay to call it that, -- very much indeed. I have been at the Womens Trade Union League headquarters a good deal, doing odd jobs as they turned up. One feels grateful for ay chance to get close to what is going on among the working groups.

Karsten reports to Addams about the Women's Peace Party meeting and her plans regarding the WILPF.