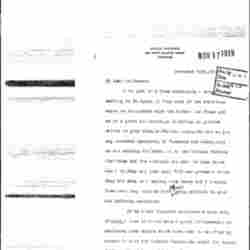 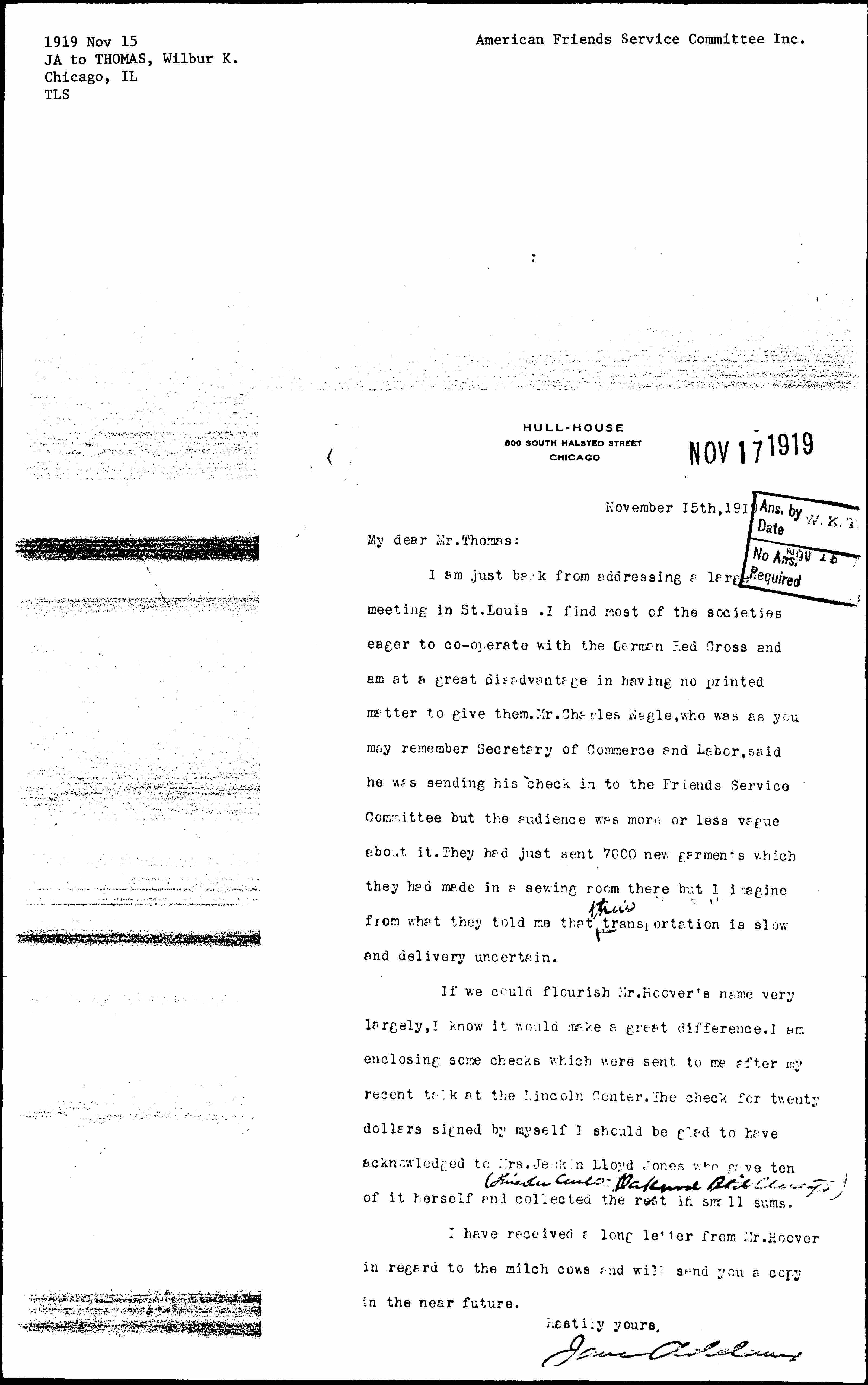 I am just back from addressing a large meeting in St. Louis. I find most of the societies eager to [cooperate] with the German Red Cross and am at a great disadvantage in having no printed matter to give them. Mr. Charles [Nagel], who was as you may remember Secretary of Commerce and Labor, said he was sending his check in to the Friends Service Committee but the audience was more or less vague about it. They had just sent 7000 new garments which they had made in a sewing room there but I imagine from what they told me that ↑their↓ transportation is slow and delivery uncertain.

If we could flourish Mr. Hoover's name very largely, I know it would make a great difference. I am enclosing some checks which were sent to me after my recent talk at the Lincoln Center. The check for twenty dollars signed by myself I should be glad to have acknowledged to Mrs. Jenkin Lloyd Jones who gave ten of it herself and collected the rest in small sums. ↑Lincoln Center [illegible] Bl'd Chicago↓

I have received a long letter from Mr. Hoover in regard to the [milk] cows and will send you a copy in the near future. 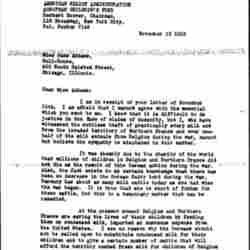 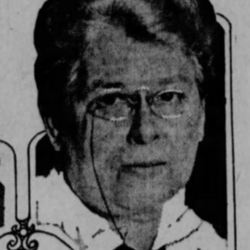 Addams sends Thomas some checks for the European relief effort.