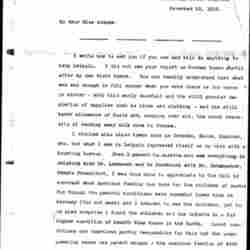 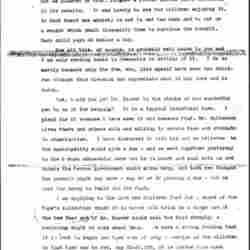 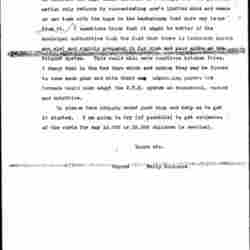 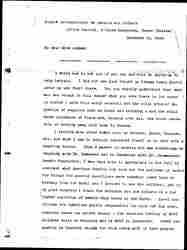 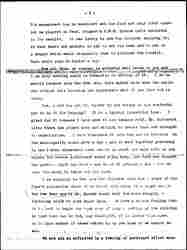 I write now to ask you if you can and will do anything to help Leipzig. I did not see your report on German towns until after my own visit there. You can readily understand that what was sad enough in full summer when you were there is far worse in winter -- with this early snowfall and the still greater depletion of supplies such as linen and clothing -- and the still barer allowance of foods and, hanging over all, the cruel necessity of sending away milk cows to France.

I visited also other towns such as Dresden, Halle, Munchen, etc. but what I saw in Leipzig impressed itself on my mind with a haunting horror. When I passed to Austria and saw everything in Salzburg with Dr. Lammasch and in Innsbruck with Dr. Schumacher, [Senats Präsident], I was thus able to appreciate to the full by contrast what American feeding has done for the children of Austria. For though the general conditions were somewhat lower than in Germany ([though] not much) and I dreaded to see the children, yet to my glad surprise I found the children and the infants in a far higher condition of health than those in the North. Local conditions are doubtless partly responsible for this but the overpowering cause was patent enough -- the American feeding of 4000 children daily in Salzburg and of 6000 in Innsbruck. Never can Austria be thankful enough for this noble gift of your people. [page 2] Its management too is excellent and the food not only first class but as planned on Prof. Priquet's N.E.M. System quite wonderful in its results. It was lovely to see the children enjoying it. In fact their one anxiety is not to eat too much and to put on a weight which shall disqualify them to continue the benefit. Each child pays 20 heller a day.

Now all this, of course, is probably well known to you and I am only sending coals to Newcastle in writing of it. I do so merely because only the few, who, like myself have seen the children without this blessing can appreciate what it has done and is doing.

Now, could you get Mr. Hoover by the stroke of his wonderful pen to do it for Leipzig? It is a typical industrial town. I plead for it because I have seen it and because Prof. Dr. Woltereck lives there and others able and willing to devote time and strength to organization. I have discussed it with him and he believes the municipality would give a sum -- and we went together yesterday to the German Ambassador here and he is heart and soul with us and thinks the German government would also help, and both men thought the parents might pay more -- say 40 or 50 pfennig a day -- but we want the money to begin and the food.

I am applying to the Save the Children Fund for a share of the Pope's collection which it is hoped will bring in a large sum at the New Year and if Mr. Hoover could sell the food cheaply, a beginning might be made about Xmas. We have a strong feeling that it is best to begin one town even if only a section of the children in that town can be fed, say 25-50,000, it is better than none. So in like manner it seems better to do one town if we cannot do all.

We are all so afflicted by a feeling of paralyzed effort when [page 3] we confront the huge child distress of Germany; and the power of action only returns by concentrating one's limited mind and means on one town with the hope in the background that more may issue from it. I sometimes think that it might be better if the municipal authorities took the food that there is (schleich handel and ale) and rigidly prepared it for rich and poor alike on the Priquet system. This would also save countless kitchen fires. I fancy that in the bad days which are coming they may be forced to some such plan and with their aog organizing powers the Germans would soon adopt the N.E.M. system as economical, varied and nutritive.

Do please take Leipzig under your wing and help us to get it started. I am going to try (if possible) to get estimates of the costs for say 10,000 or 25,000 children (a section). 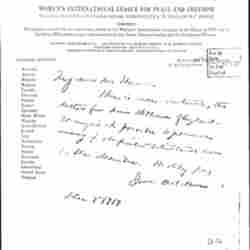 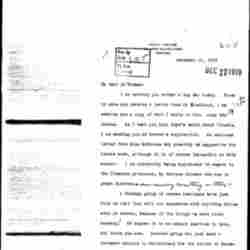 Hobhouse describes hunger as a result of the war in Leipzig, Germany, and asks Addams for relief funds for children there.