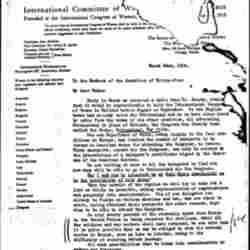 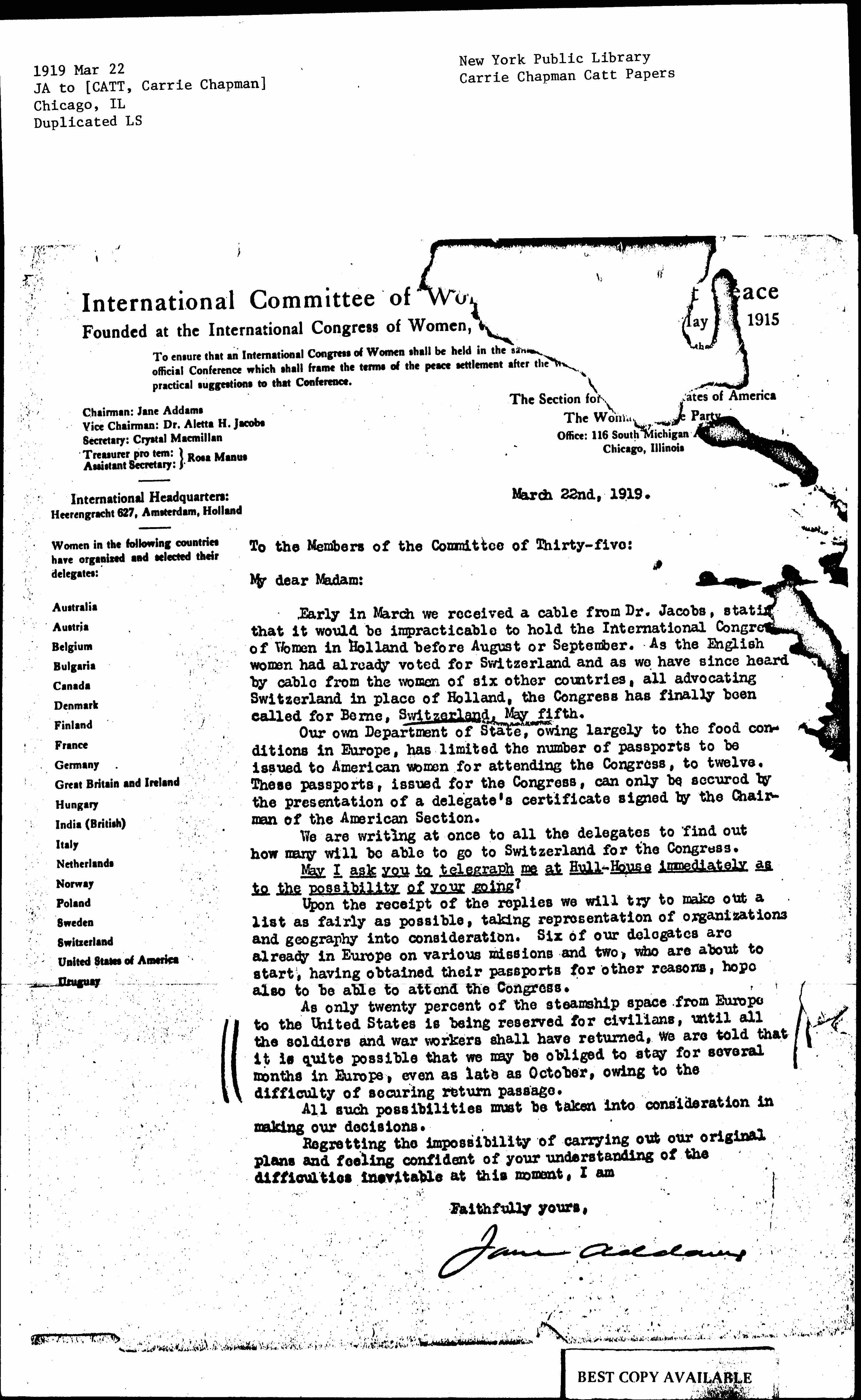 To the Members of the Committee of Thirty-five:

Early in March we received a cable from Dr. Jacobs, stating that it would be impracticable to hold the International Congress of Women in Holland before August or September. As the English women had already voted for Switzerland and as we have since heard by cable from the women of six other countries, all advocating Switzerland in place of Holland, the Congress has finally been called for Berne, Switzerland, May fifth.

Our own Department of State, owing largely to the food conditions in Europe, has limited the number of passports to be issued to American women for attending the Congress, to twelve. These passports, issued for the Congress, can only be secured by the presentation of a delegate's certificate signed by the Chairman of the American Section.

We are writing at once to all the delegates to find out how many will be able to go to Switzerland for the Congress.

May I ask you to telegraph me at Hull-House immediately as to the possibility of your going?

Upon the receipt of the replies we will try to make out a list as fairly as possible, taking representation of organizations and geography into consideration. Six of our delegates are already in Europe on various missions and two, who are about to start, having obtained their passports for other reasons, hope also to be able to attend the Congress.

As only twenty percent of the steamship space from Europe to the United States is being reserved for civilians, until all the soldiers and war workers shall have returned, we are told that it is quite possible that we may be obliged to stay for several months in Europe, even as late as October, owing to the difficulty of securing return passage.

All such possibilities must be taken into consideration in making our decisions.

Regretting the impossibility of carrying out our original plans and feeling confident of your understanding of the difficulties inevitable at this moment, I am 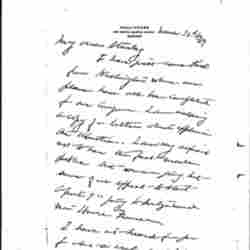 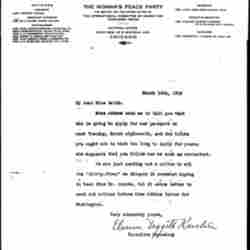 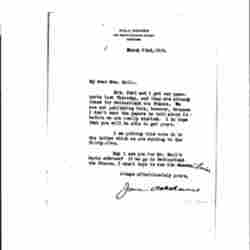 Addams explains the travel restriction that limit the number of American delegates to the International Congress of Women and asks who will be able to make the trip.