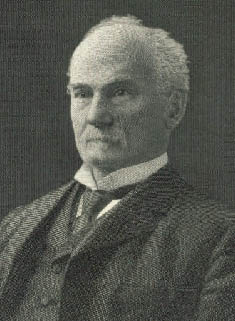 Robert Roberts Hitt was the Assistant Secretary of State in 1881. He was elected as a Republican to the 47th Congress and continued to serve in Congress until his death. Hitt was the Chairman of the Committee on Foreign Affairs. Regent of the Smithsonian. He was appointed by President McKinley in 1898 as a member of the commission to establish a government in the Hawaiian Islands.

Hitt was married to Sarah Ann Reynolds. They had two children together. Hitt died in 1906.

Biographical Directory of the United States Congress
Find A Grave