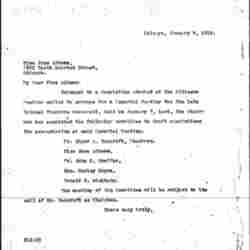 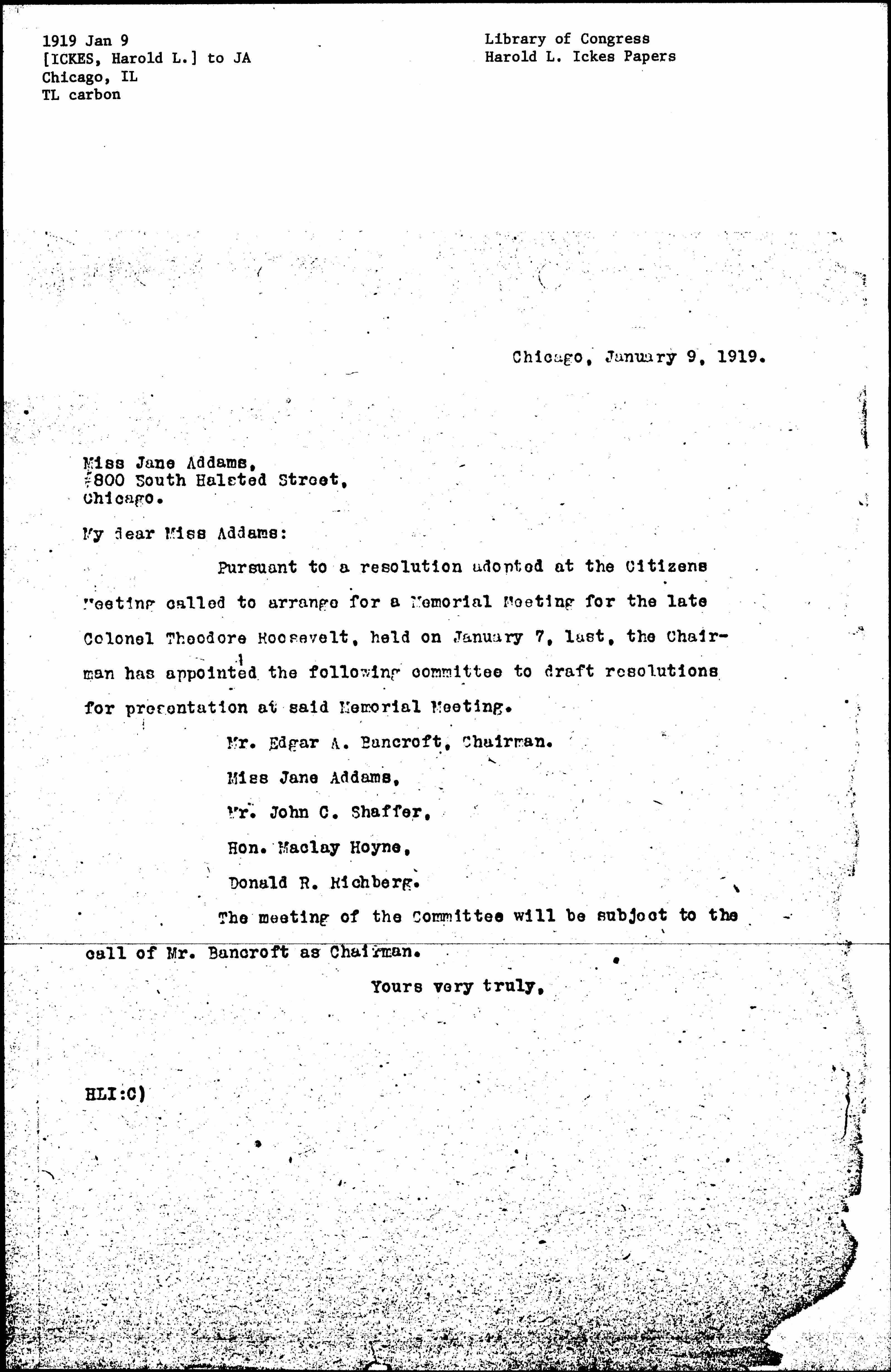 Pursuant to a resolution adopted at the Citizens Meeting called to arrange for a Memorial Meeting for the late Colonel Theodore Roosevelt, held on January 7, last, the Chairman has appointed the following committee to draft resolutions for presentation at said Memorial Meeting.

The meeting of the Committee will be subject to the call of Mr. Bancroft as Chairman. 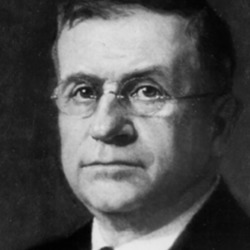 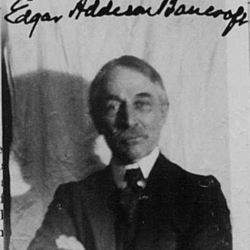 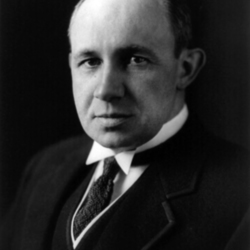 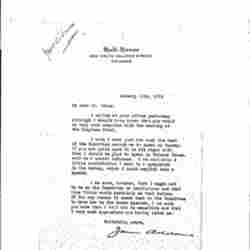 Ickes notes that Addams has been asked to join a committee for a memorial to Theodore Roosevelt.