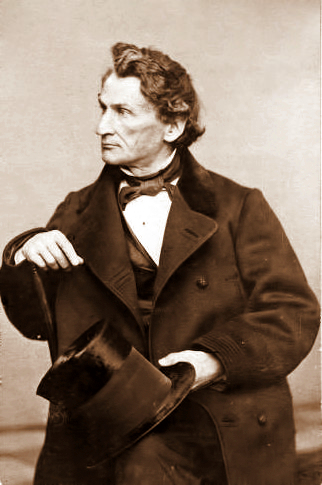 James Dwight Dana attended Yale where he studied under Benjamin Silliman. In 1833 Dana graduated and worked as a mathematics teacher to midshipmen in the Navy. From 1836 to 1837 he worked as Silliman's assistant, and then became a mineralogist and geologist for the United States Exploring Expedition. While traveling with the expedition he sketched a picture of Mount Shasta, which was published in the American Journal of Science and Arts in 1849. After completing his exploration, Dana became Silliman's successor as Silliman Professor of Natural History and Geology at Yale. In 1846 he became joint editor of the American Journal of Science and Arts, later becoming its chief editor. In 1880 and 1881 he led the first geological study of Hawaii's volcanoes. Dana was awarded the Copley Medal by the Royal Society in 1877, the Wollaston Medal by the Geological Society of London in 1874 and the Clarke Medal by the Royal Society of New South Wales in 1882.

Dana married Henrietta Silliman in 1844. They had six children together, though two died. Dana died in 1895.

Picture from the Wisconsin Historical Society