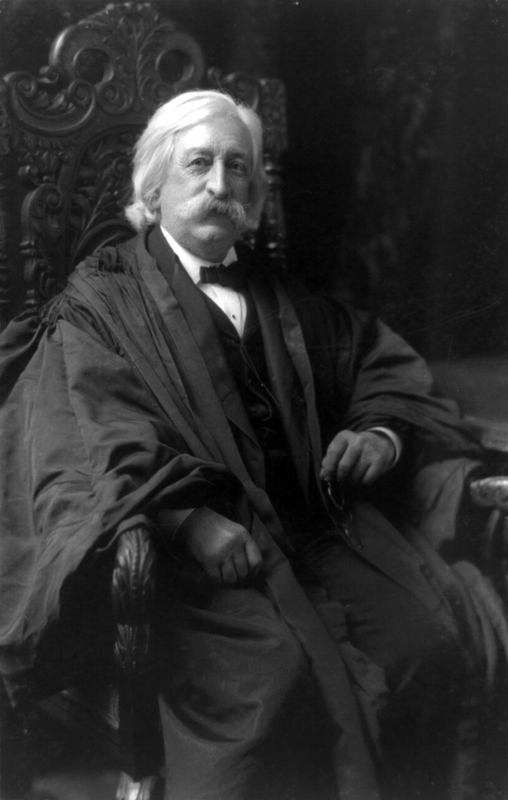 Melville Fuller attended college at Harvard for a year, and then attended Bowdoin College, graduating Phi Beta Kappa in 1853. He then studied law at Harvard for six months, never graduating. In 1855 he practiced law with an uncle and became the editor of The Age. He then moved to Chicago and managed Democrat Stephen Douglas' campaign for the Presidency of the United States in 1860. Afterward, he built his own law practice in the city. He spent one term in the Illinois House of Representatives from 1863 to 1865 and was a delegate to the Illinois Constitutional Convention in 1862, and to the national Democratic Conventions of 1864, 1872, 1876, and 1880. President Grover Cleveland wanted Fuller to be chairman of the United States Civil Service Commission, Solicitor General of the United States, and Secretary of State, but Fuller declined each of these offers. However, in 1888, Fuller was nominated to be the eighth Chief Justice, and he served in this position from 1888 to 1910. Fuller also served as the president of the Illinois State Bar Association and served on the Arbitration Commission in Paris in 1899 to resolve a boundary dispute between the United Kingdom and Venezuela.