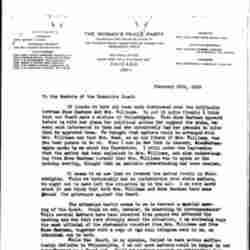 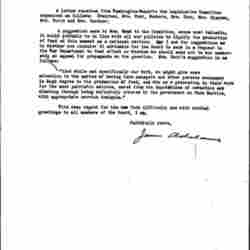 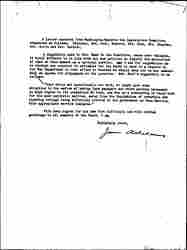 To the Members of the Executive Board:

Of course we have all been much distressed over the difficulty between Miss Eastman and Mrs. Williams. To put it quite frankly I think that our Board made a mistake in Philadelphia. When Miss Eastman [appeared] before us with her plans for political action throughout the state, we were much interested in them and she undoubtedly had her grounds to infer that we approved them. We thought that matters could be arranged with Mrs. Williams and that Mrs. Mead, as an old friend of Mrs. Williams, was the best person to do it. When I was in New York in January, Miss Eastman again spoke to me about the Convention. I still under the impression that the matter had been explained to Mrs. Williams, and also understanding from Miss Eastman herself that Mrs. Williams was to speak at the opening meeting, thought that an amicable understanding had been reached.

The situation hardly seems to me to warrant a special meeting of the Board. Could we not, however, do something by correspondence? While several letters have been received from people who attended the meeting and who felt very strongly about the situation, I am enclosing only the most official of the statements received from Mrs. Williams and from Miss Eastman, together with a copy of the only telegram sent by me, an identical one to both.

While the Board, in my opinion, failed to take action sufficiently definite in Philadelphia, I am not sure matters would be helped by our interference as a Board now. Could we perhaps appoint an Arbitration Committee consisting of Mrs. Mead and Miss Balch, asking them to do what they could to adjust the situation?

We are sending out a questionnaire to the thirty-five delegates who are to represent the Section for the United States at the Congress After the War, asking them to select a week in June and one of four cities for a meeting. I hope it will be possible for the Board of the Woman's Peace Party to have a meeting at that time. I am sending a copy of this letter to all members of the Board. [page 2]

A suggestion made by Mrs. Kent to the Committee, seems most valuable. It would probably be in line with all our policies to dignify the production of food at this moment as a national service. May I ask for suggestions as to whether you consider it advisable for the Board to send in a request to the War Department to that effect or whether we should send out to our membership an appeal for propaganda on the question. Mrs. Kent's suggestion is as follows:

"that while not specifically our work, we might give some attention to the matter of having farm managers and other persons necessary in high degree to the production of food, and who are proceeding in their work for the most patriotic motives, saved from the imputations of cowardice and slacking through being definitely ordered by the government on Farm Service, with appropriate service insignia."

With deep regret for the New York difficulty and with cordial greetings to all members of the Board, I am, 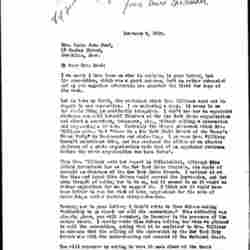 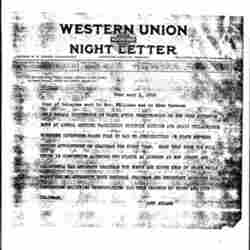 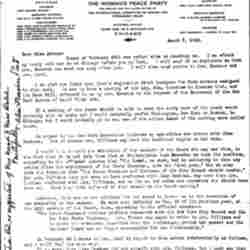 Addams explains the controversy between the New York State and New York City Woman's Peace Party branches, but believes it can be resolved.