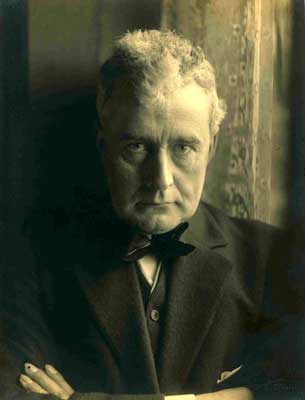 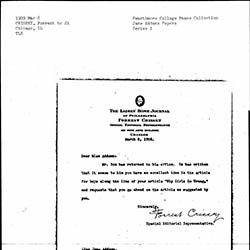 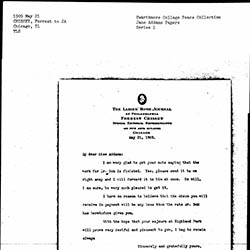 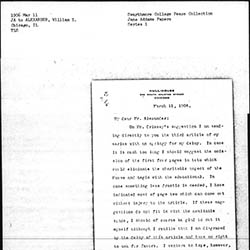 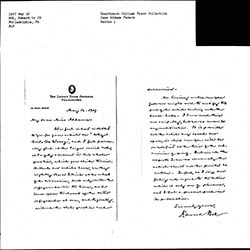 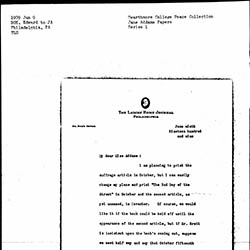 Forrest Crissey had a was both a writer of fiction and nonfiction. He began as a reporter for the Chicago Times in the early 1880s but left for an editorial position at the Geneva Patrol before the end of the decade. In 1893, Crissey returned to the Chicago Times and subsequently did stints at a number of Chicago-based publications, such as the Chicago Tribune. He worked for magazines as well as newspapers. From 1901 to 1934, Crissey was an editor, the western representative reporter, and wrote stories for the Saturday Evening Post. He was similarly employed for the publication Women's World and The Ladies Home Journal of Philadelphia, to which Jane Addams' contributed, as well. Crissey published his first book, The Country Boy in 1897. Over the course of his career, he went on to publish poems and short stories. Crissey ended his career with a biography in 1939.
Crissey married Kate Darling Shurtleff in 1899. The couple had one son. Crissey died in 1943.

Image from the McClurg Museum