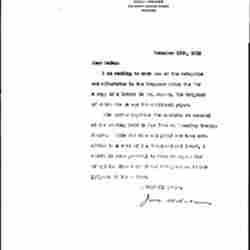 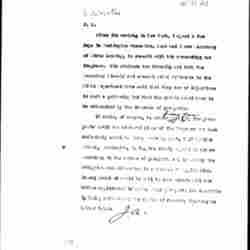 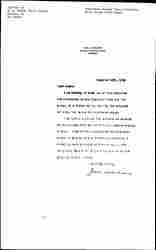 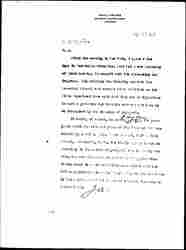 I am sending to each one of the delegates and alternates to the Congress After the War a copy of a letter to Dr. Jacobs, the original of which was [in] our international paper.

This letter explains the decision we reached at the meeting held in New York on November twenty-fourth. While the time and place has been submitted to a vote of the International Board, I should be [most] grateful to have an expression of opinion from each of our delegates as to her judgment in the matter.

After the meeting in New York, I spent a few days in Washington where Mrs. Post and I saw Secretary of State Lansing, to consult with him concerning our Congress. His attitude was friendly and both the Secretary himself and several other officials in the State Department have said that they see no objections to such a gathering but that the matter would have to be determined by the issuance of passports.

It would, of course, be unwise ↑for any of us↓ to apply for passports until the time and place of the Congress has been definitely settled. Mrs. Louis F. Post, 2513 Twelfth Street, Washington, D.C., has kindly agreed to act as Secretary in the matter of passports and to notify the delegates and alternates in reference to application. In any event it would be well to communicate with her before application is made. Many passports are constantly being refused and the chance of securing them may be better later. 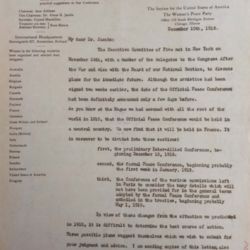 Addams sends Balch updates for the Peace Conference and asks for her opinion.