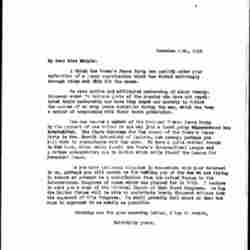 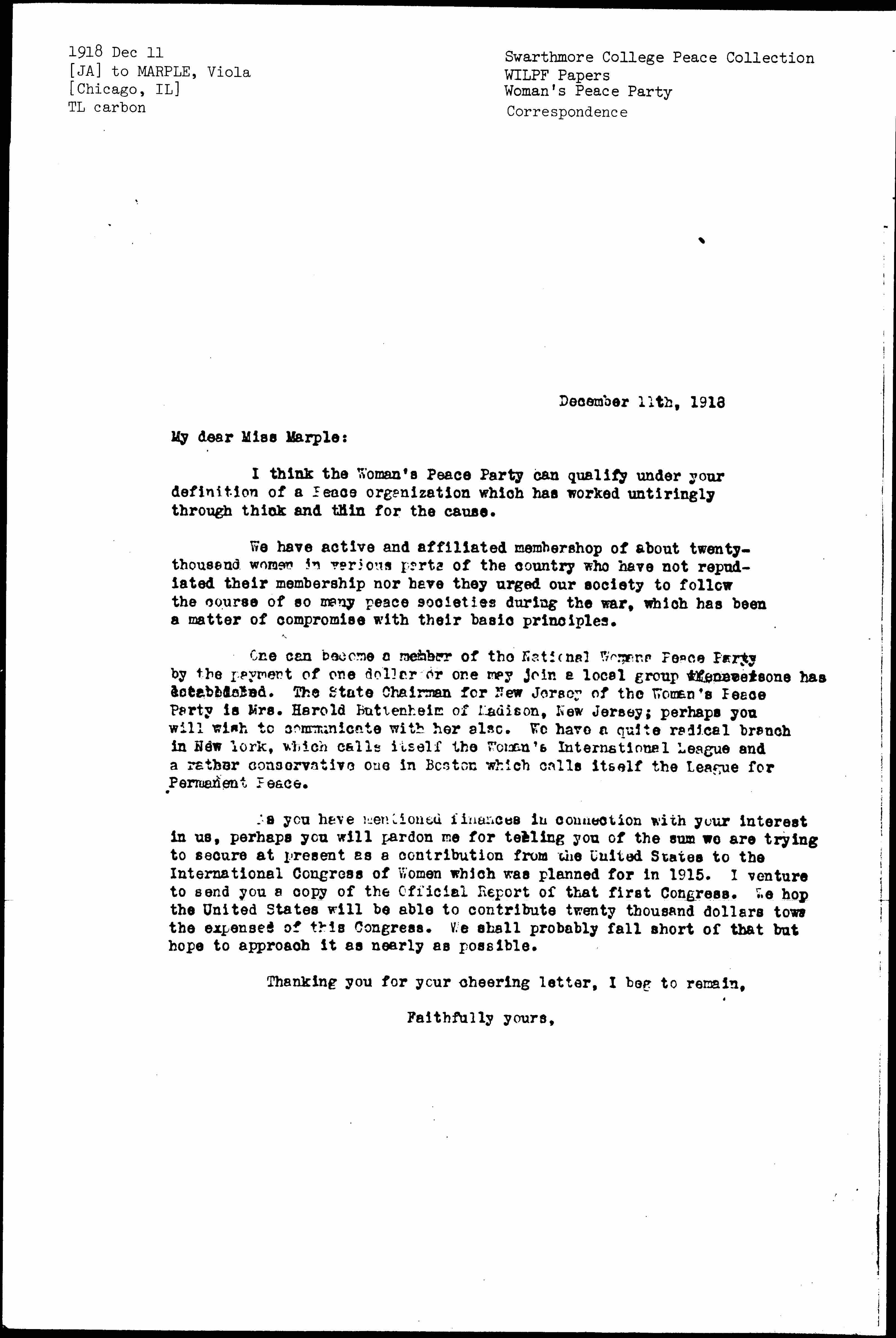 I think the Woman's Peace Party can qualify under your definition of a Peace organization which has worked untiringly through thick and thin for the cause.

We have active and affiliated membership of about twenty-thousand women in various parts of the country who have not repudiated their membership or have they urged our society to follow the course of so many peace societies during the war, which has been a matter of compromise with their basic principles.

One can become a member of the National [Woman's] Peace Party by the payment of one dollar or one may join a local group [one] has established. The State Chairman for New Jersey of the Woman's Peace Party is Mrs. Harold Buttenheim of Madison, New Jersey; perhaps you will wish to communicate with her also. We have a quite radical branch in New York, which calls itself the Woman's International League for Permanent Peace.

As you have mentioned finances in connection with your interest in us, perhaps you will pardon me for telling you of the sum we are trying to secure at present as a contribution from the United States to the International Congress of Women which was planned for in 1915. I venture to send you a copy of the Official Report of that first Congress. We [hope] the United States will be able to contribute twenty thousand dollars [toward] the expenses of this Congress. We shall probably fall short of that but hope to approach it as nearly as possible.

Thanking you for your cheering letter, I beg to remain, 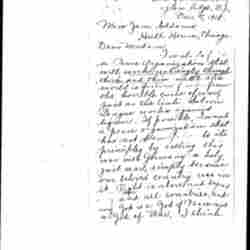 Addams expresses her belief that the Women's Peace Party could be the organization Marple is looking for and hopes she will contribute her fortune to the International Congress.