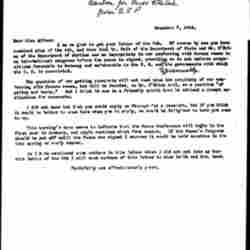 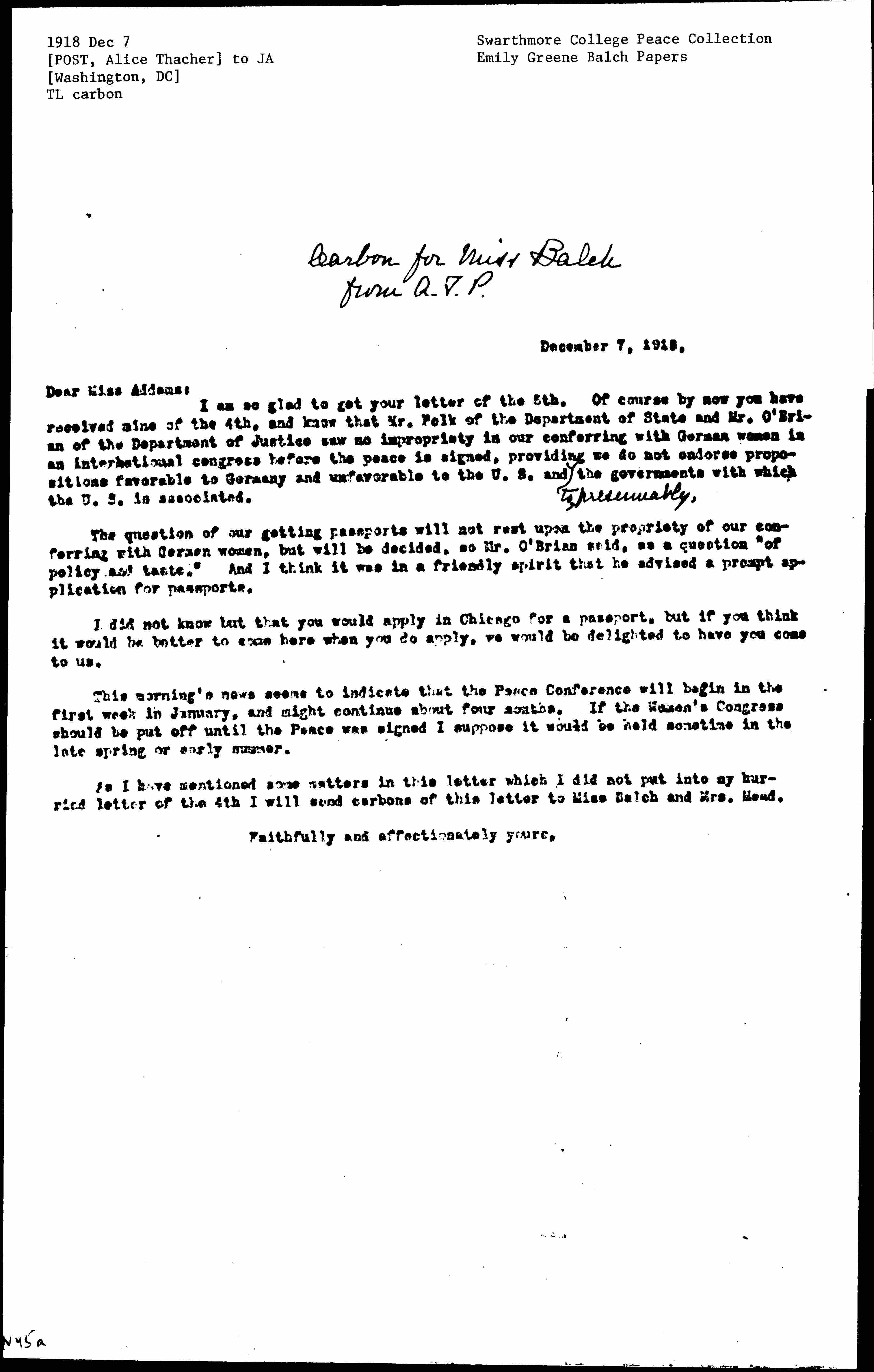 Carbon for Miss Balch from A. T. P.

I am so glad to get your letter of the 5th. Of course by now you have received mine of the 4th, and know that Mr. Polk of the Department of State and Mr. O'Brian of the Department of Justice saw no impropriety in our conferring with German women in an international congress before the peace is signed, providing we do not endorse propositions favorable to Germany and unfavorable to the U.S. and ↑to, presumably,↓ the governments with which the U.S. is associated.

The question of our getting passports will not rest upon the propriety of our conferring with German women, but will be decided, so Mr. O'Brian said, as a question "of policy and taste." And I think it was in a friendly spirit that he advised a prompt application for passports.

I did not know but that you would apply in Chicago for a passport, but if you think it would be better to come here when you do apply, we would be delighted to have you come to us.

This morning's news seems to indicate that the Peace Conference will begin in the first week in January, and might continue about four months. If the Women's Congress should be put off until the Peace was signed I suppose it would be held sometime in the late spring or early summer.

As I have mentioned some matters in this letter which I did not put into my hurried letter of the 4th I will send carbons of this letter to Miss Balch and Mrs. Mead. 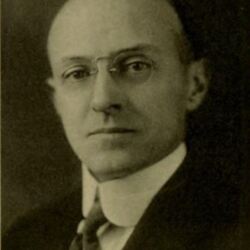 Thacher informs Addams that the US Departments of State and Justice saw no issue in conferring with German women. She also discuss potential dates for the Women's Congress and obtaining passports to travel to the Congress.