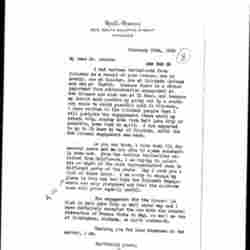 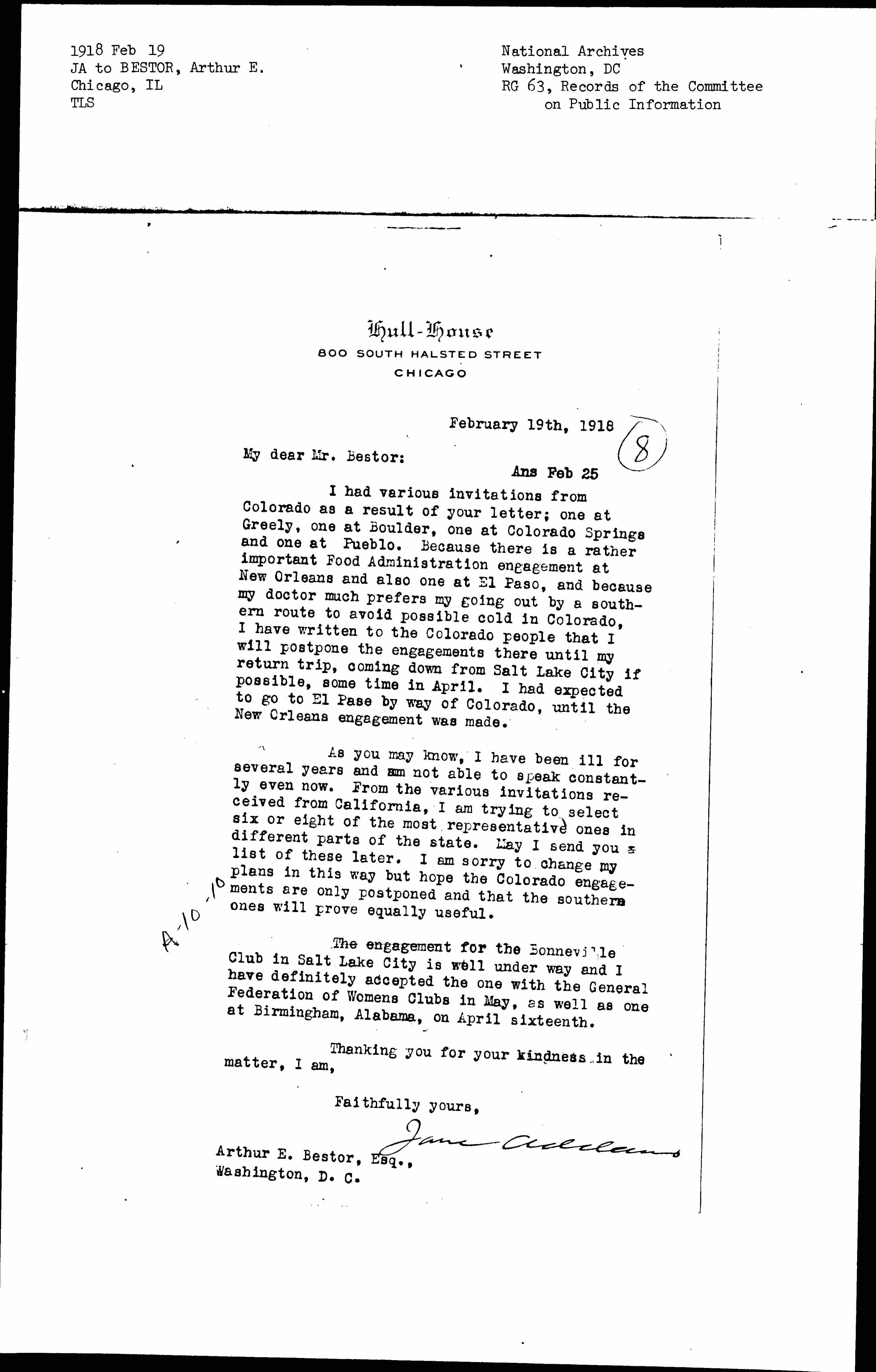 I had various invitations from Colorado as a result of your letter; one at [Greeley], one at Boulder, one at Colorado Springs and one at Pueblo. Because there is a rather important Food Administration engagement at New Orleans and also one at El Paso, and because my doctor much prefers my going out by a southern route to avoid possible cold in Colorado, I have written to the Colorado people that I will postpone the engagements there until my return trip, coming down from Salt Lake City if possible, some time in April. I had expected to go to El Paso by way of Colorado, until the New Orleans engagement was made.

As you may know, I have been ill for several years and am not able to speak constantly even now. From the various invitations received from California, I am trying to select six or eight of the most representative ones in different parts of the state. May I send you a list of these later. I am sorry to change my plans in this way but hope the Colorado engagements are only postponed and that the southern ones will prove equally useful.

The engagement for the Bonneville Club in Salt Lake City is well under way and I have definitely accepted the one with the General Federation of Womens Clubs in May, as well as one at Birmingham, Alabama, on April sixteenth.

Thanking you for your kindness in the matter, I am, 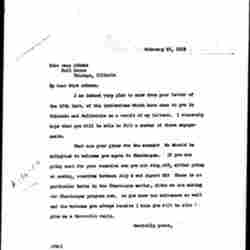 Addams tells Bestor that she had to delay her proposed trip to Colorado due to health concerns.