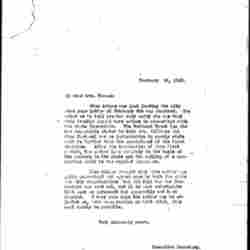 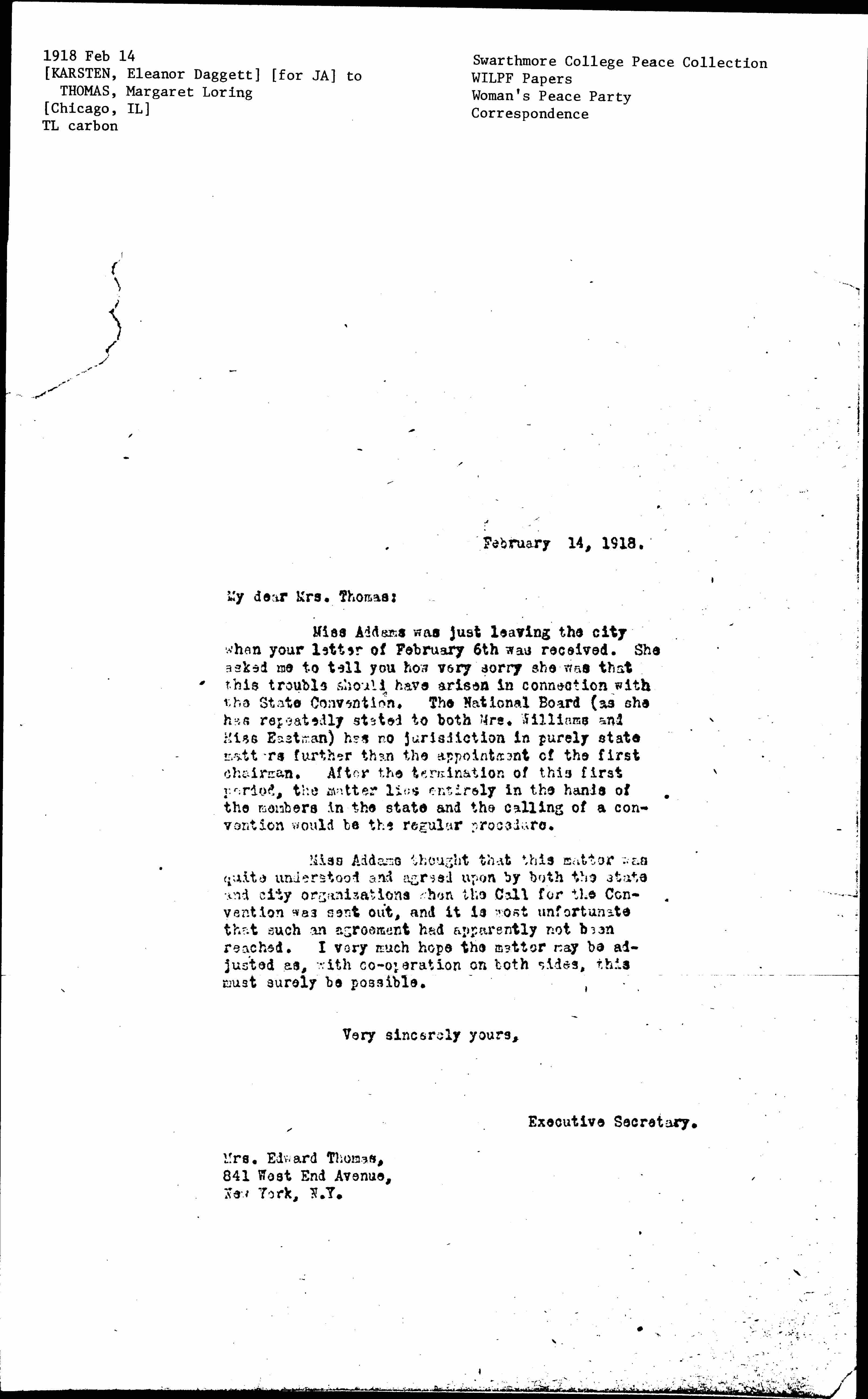 Miss Addams was just leaving the city when your letter of February 6th was received. She asked me to tell you how very sorry she was that this trouble should have arisen in connection with the State Convention. The National Board (as she has repeatedly stated to both Mrs. Williams and Miss Eastman) has no jurisdiction in purely state matters further than the appointment of the first chairman. After the termination of this first period, the matter lies entirely in the hands of the members in the state and the calling of a convention would be the regular procedure.

Miss Addams thought that this matter was quite understood and agreed upon by both the state and city organizations when the Call for the Convention was sent out, and it is most unfortunate that such an agreement had apparently not been reached. I very much hope the matter may be adjusted as, with [cooperation] on both sides, this must surely be possible.

Karsten tells Thomas that Addams does not think that the national board of the Woman's Peace Party has an jurisdiction on state matters.