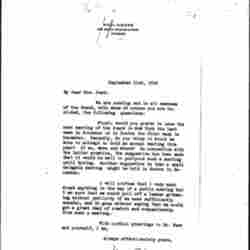 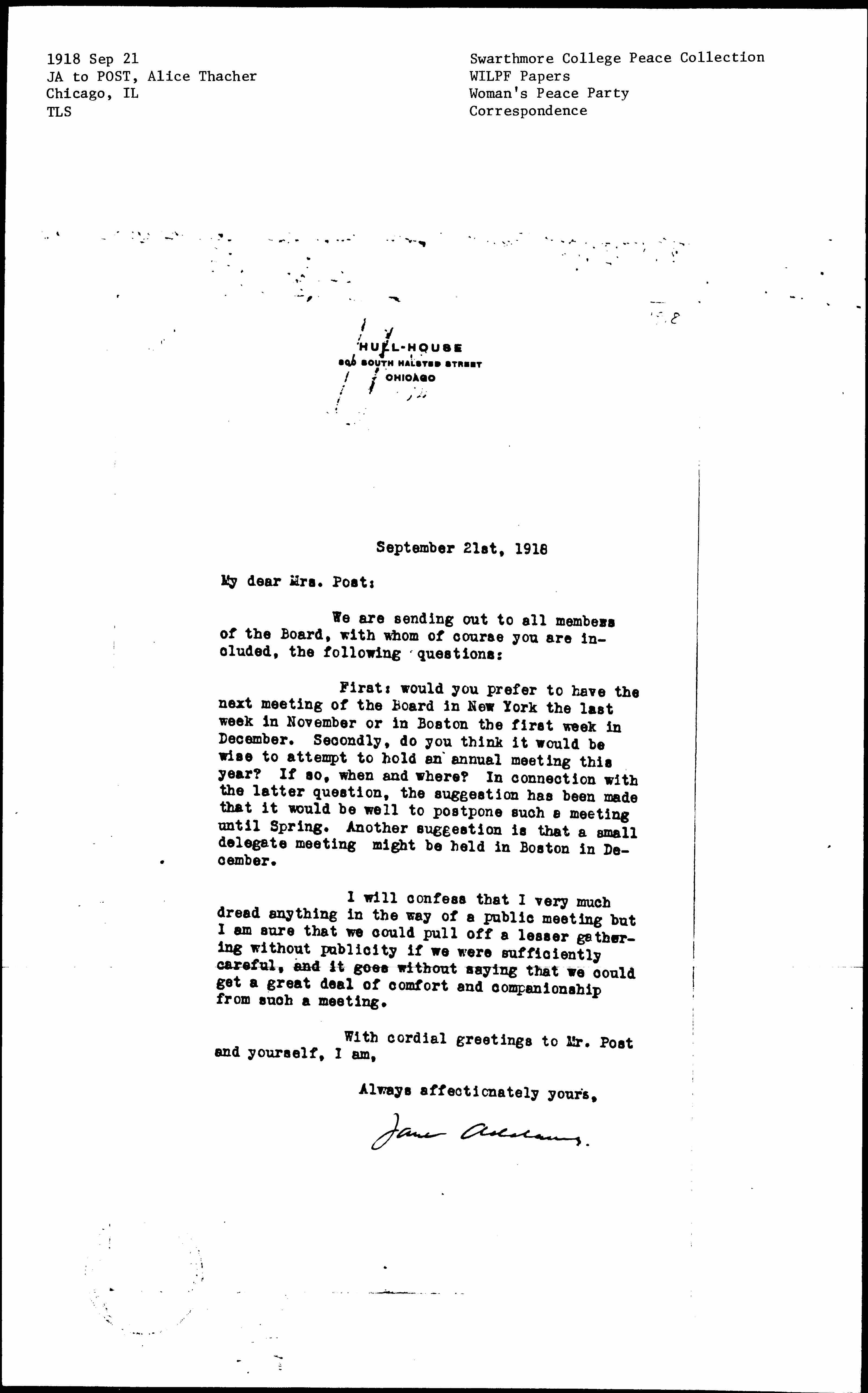 We are sending out to all members of the Board, with whom of course you are included, the following questions:

First: would you prefer to have the next meeting of the Board in New York the last week in November or in Boston the first week in December. Secondly, do you think it would be wise to attempt to hold an annual meeting this year? If so, when and where? In connection with the latter question, the suggestion has been made that it would be well to postpone such a meeting until Spring. Another suggestion is that a small delegate meeting might be held in Boston in December.

I will confess that I very much dread anything in the way of a public meeting but I am sure that we could pull off a lesser gathering without publicity if we were sufficiently careful, and it goes without saying that we could get a great deal of comfort and companionship from such a meeting.

With cordial greetings to Mr. Post and yourself, I am, 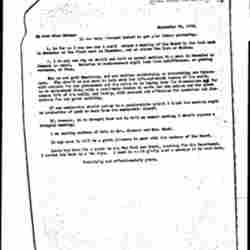 Addams asks Post about timing for a Woman's Peace Party board meeting and her opinion on whether the Party should hold an annual meeting this year. A similar letter was sent to all WPP board members.