Jane Addams to ICWPP, International Congress of Women After the War, National Committees of Five, November 1916 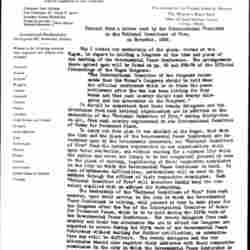 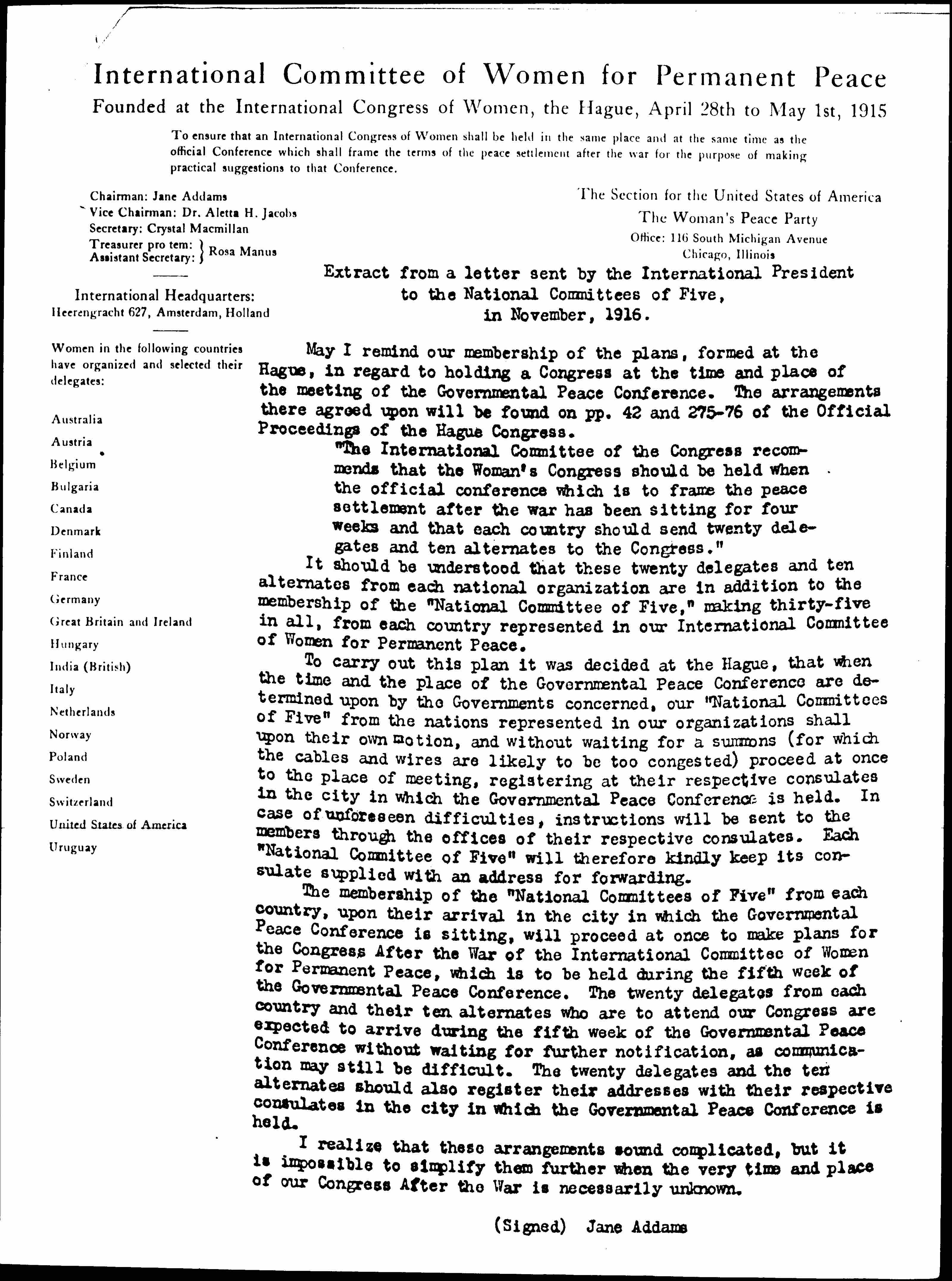 The Section for the United States of America
The Woman's Peace Party
Office: 116 South Michigan Avenue
Chicago, Illinois
Extract from a letter sent by the International President
to the National Committees of Five,
in November, 1916.

May I remind our membership of the plans, formed at The Hague, in regard to holding a Congress at the time and place of the meeting of the Governmental Peace Conference. The arrangements there agreed upon will be found on pp. 42 and 275-76 of the Official Proceedings of the Hague Congress.

"The International Committee of the Congress recommends that the Woman's Congress should be held when the official conference which is to frame the peace settlement after the war has been sitting for four weeks and that each country should send twenty delegates and ten alternates to the Congress."

It should be understood that these twenty delegates and ten alternates from each national organization are in addition to the membership of the "National Committee of Five," making thirty-five in all, from each country represented in our International Committee of Women for Permanent Peace.

To carry out this plan it was decided at The Hague, that when the time and the place of the Governmental Peace Conference are determined upon by the Governments concerned, our "National Committees of Five" from the nations represented in our organizations shall upon their own motion, and without waiting for a summons (for which the cables and wires are likely to be too congested) proceed at once to the place of meeting, registering at their respective consulates in the city in which the Governmental Peace Conference is held. In case of unforeseen difficulties, instructions will be sent to the members through the offices of their respective consulates. Each "National Committee of Five" will therefore kindly keep its consulate supplied with an address for forwarding.

I realize that these arrangements sound complicated, but it is impossible to simplify them further when the very time and place of our Congress After the War is necessarily unknown. 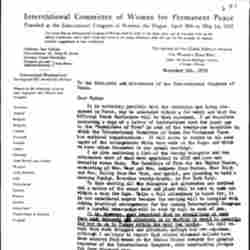 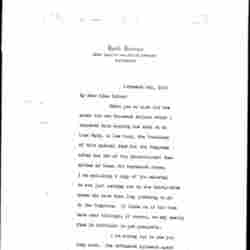 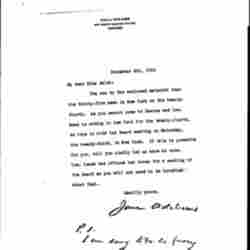 Addams explains travel and meeting arrangements for delegates attending the International Congress of Women After the War.