Address to the Initiative and Referendum League, October 26, 1902 (excerpts) 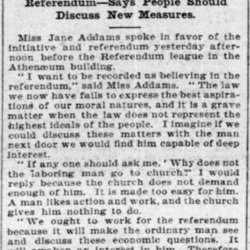 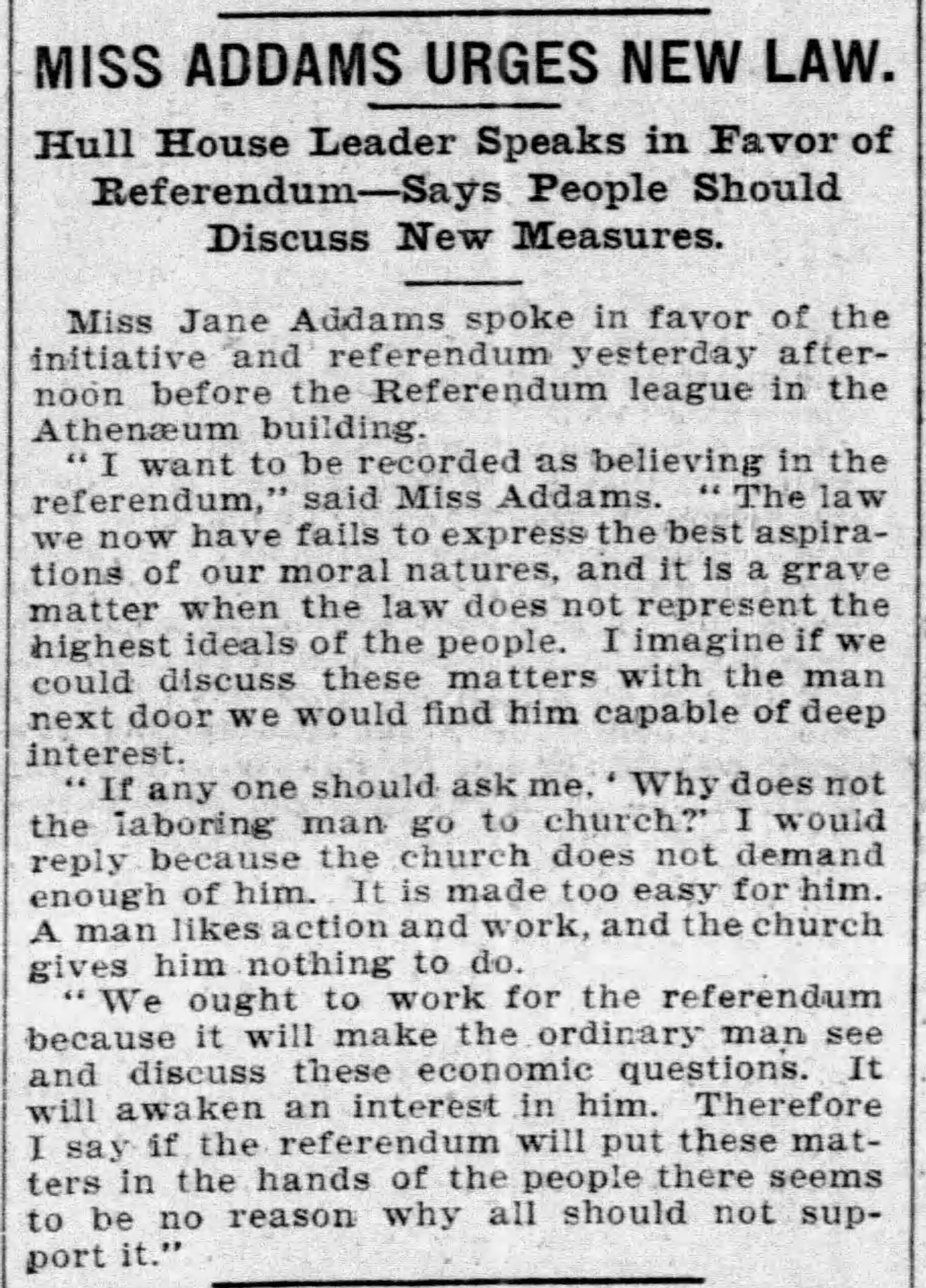 Miss Jane Addams spoke in favor of the initiative and referendum yesterday afternoon before the Referendum league in the Athenæum building.

"I want to be recorded as believing in the referendum," said Miss Addams. "The law we now have fails to express the best aspirations of our moral natures, and it is a grave matter when the law does not represent the highest ideals of the people. I imagine if we could discuss these matters with the man next door we would find him capable of deep interest.

"If any one should ask me, 'Why does not the laboring man go to church?' I would reply because the church does not demand enough of him. It is made too easy for him. A man likes action and work, and the church gives him nothing to do.

"We ought to work for the referendum because it will make the ordinary man see and discuss these economic questions. It will awaken an interest in him. Therefore I say if the referendum will put these matters in the hands of the people there seems to be no reason why all should not support it."

Addams discusses the benefits to having a referendum system.