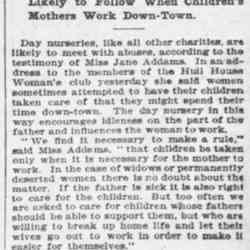 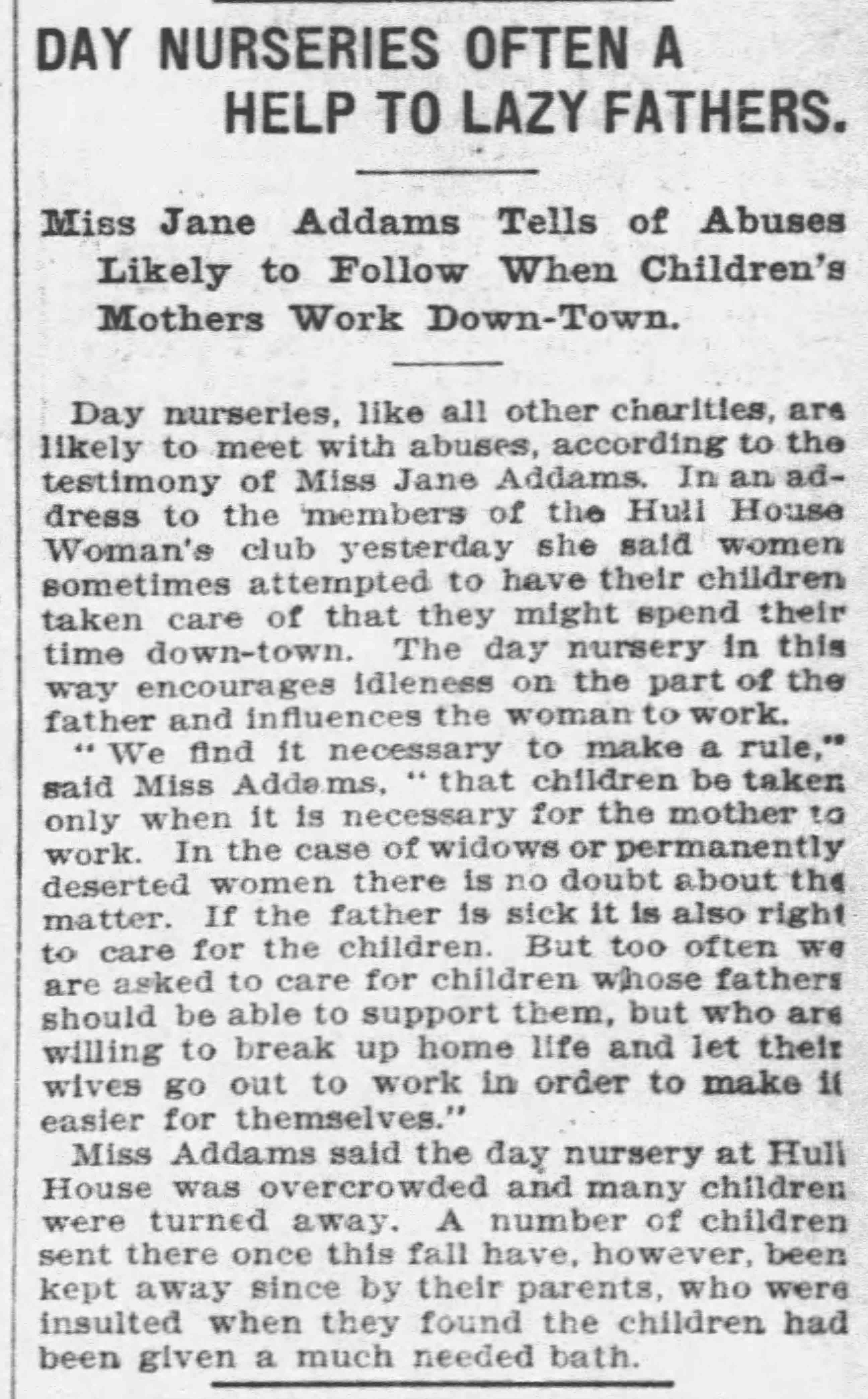 Day nurseries, like all other charities, are likely to meet with abuses, according to the testimony of Miss Jane Addams. In an address to the members of the Hull House Woman's Club yesterday she said women sometimes attempted to have their children taken care of that they might spend their time down-town. The day nursery in this way encourages idleness on the part of the father and influences the woman to work.

"We find it necessary to make a rule," said Miss Addams, "that children be taken only when it is necessary for the mother to work. In the case of widows or permanently deserted women there is no doubt about the matter. If the father is sick it is also right to care for the children. But too often we are asked to care for children whose fathers should be able to support them, but who are willing to break up home life and let their wives go out to work in order to make it easier for themselves."

Miss Addams said the day nursery at Hull House was overcrowded and many children were turned away. A number of children sent there once this fall have, however, been kept away since by their parents, who were insulted when they found the children had been given a much needed bath.

Addams notes abuses of Hull-Houses day nurseries by lazy fathers whose wives have to work.