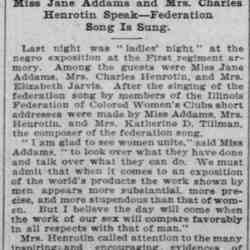 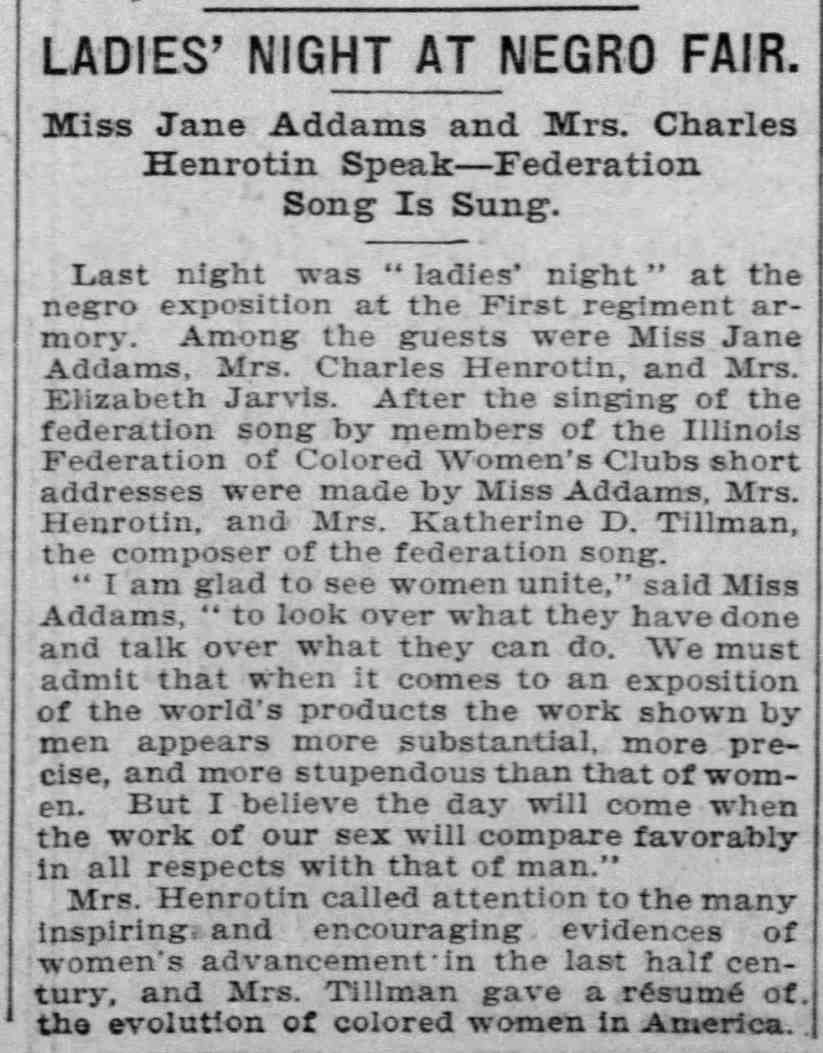 Last night was "ladies' night" at the negro exposition at the First regiment armory. Among the guests were Miss Jane Addams, Mrs. Charles Henrotin, and Mrs. Elizabeth Jarvis. After the singing of the federation song by members of the Illinois Federation of Colored Women's Clubs short addresses were made by Miss Addams, Mrs. Henrotin, and Mrs. Katherine D. Tillman, the composer of the federation song.

"I am glad to see women unite," said Miss Addams, "to look over what they have done and talk over what they can do. We must admit that when it comes to an exposition of the world's products the work shown by men appears more substantial, more precise, and more stupendous than that of women. But I believe the day will come when the work of our sex will compare favorably in all respects with that of man."

Mrs. Henrotin called attention to the many inspiring and encouraging evidences of women's advancement in the last half century, and Mrs. Tillman gave a résumé of the evolution of colored women in America. 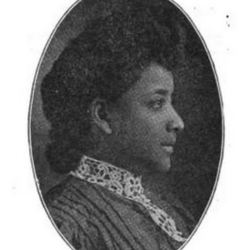 Addams attends the Middle States and Mississippi Valley Negro Exposition and comments that in future the work of women will equal that of men.