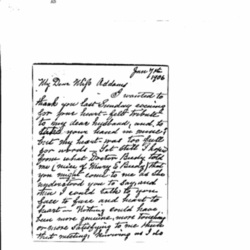 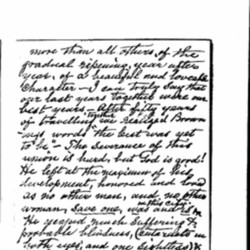 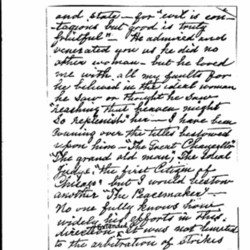 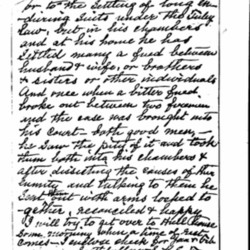 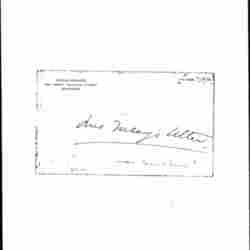 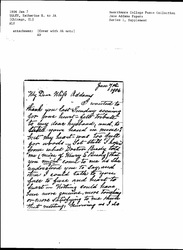 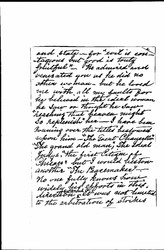 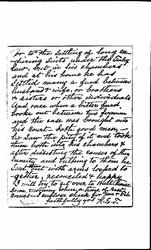 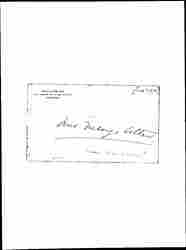 I wanted to thank you last Sunday evening for your heart-felt tribute to my dear husband, and to take your hand in mine, but my heart was too full for words. Yet still I hoped from what Doctor Beedy told me (niece of Mary E Beedy) that you might come to me as she understood you to say, and then I could talk to you face to face and heart to heart. Nothing could have been more genuine, more touching or more satisfying to me than that meeting, knowing as I do [page 2] more than all others, of the gradual ripening, year after year, of a beautiful and lovable character. I can truly say that our last years together were our best years. After fifty years of traveling ↑together↓ we realized Brownings words "the best was yet to be". The Severance of this union is hard, but God is good! He left at the maximum of his development, honored and loved as no other man, and no other woman save one, in this city was is ↑in this city↓. He escaped much Suffering & probable blindness, (cataracts in both eyes and one sightless) & he has left an indelible impress on his time, as I believe, extending beyond this city [page 3] and state -- for "evil is contagious but good is truly fruitful" -- He admired and venerated you as he did no other woman, but he loved me with all my faults for he believed in the ideal woman he saw or thought he saw "reaching that heaven might so replenish" her. I have been cunning over the titles bestowed upon him -- "The Great Chancellor" "The grand old man," The Ideal Judge, "the first Citizen of Chicago" but I would bestow another "The Peacemaker" -- No one fully knows how widely his efforts in this direction ↑extended↓. It was not limited to the arbitration of strikes [page 4] or the settling of long enduring suits under the Tuley law,  but in his chambers and at his home he has Settled many a [feud] between husband & wife, or brothers & sisters or other individuals. And once when a bitter [feud] broke out between two firemen and the case was brought into his court -- both good men -- he saw the pity of it and took them both into his chambers & after dissecting the causes of their enmity and talking to them he Sent ↑them↓ out with arms locked together, reconciled & happy. I will try to get over to Hull house some morning when a time of rest comes -- I enclose checks for Jan & Feb Tuley writes in thanks to Addams for her comments about her recently deceased husband, and encloses a donation for Hull-House.