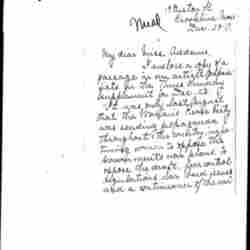 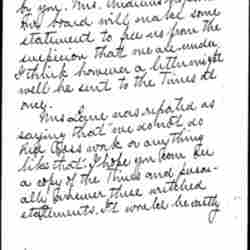 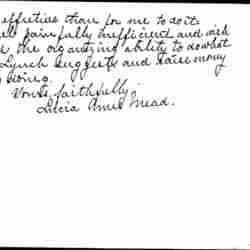 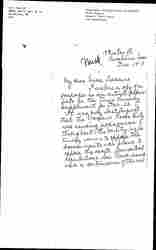 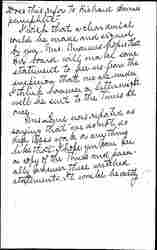 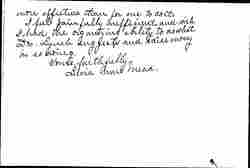 I enclose a copy of a passage in an article on pacifists in the Times Sunday supplement for Dec. 23:

"It was only last August that the Woman's Peace Party was sending propaganda throughout the country importuning women to oppose the Government's war plans, to oppose the draft, food control regulations, war bond issues and a continuance of the war." [page 2] Does this refer to Richard Bourne's pamphlet?

I wish that a clear denial could be made and signed by you. Mrs. Andrews hopes that our board will make some statement to free us from the suspicion that we are under. I think however a letter might well be sent to the Times at once.

Mrs Lane was reported as saying that "we do not do Red Cross work or anything like that." I hope you can see a copy of the Times and personally answer these wretched statements. It would be vastly [page 3] more effective than for me to do it.

I feel painfully inefficient and wish I had the organizing ability to do what Dr. Lynch suggests and raise money in so doing.

Mead complains about a New York Times article that she believes misrepresents the Woman's Peace Party.