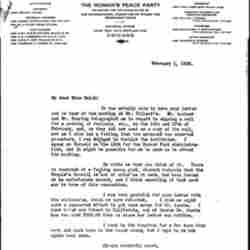 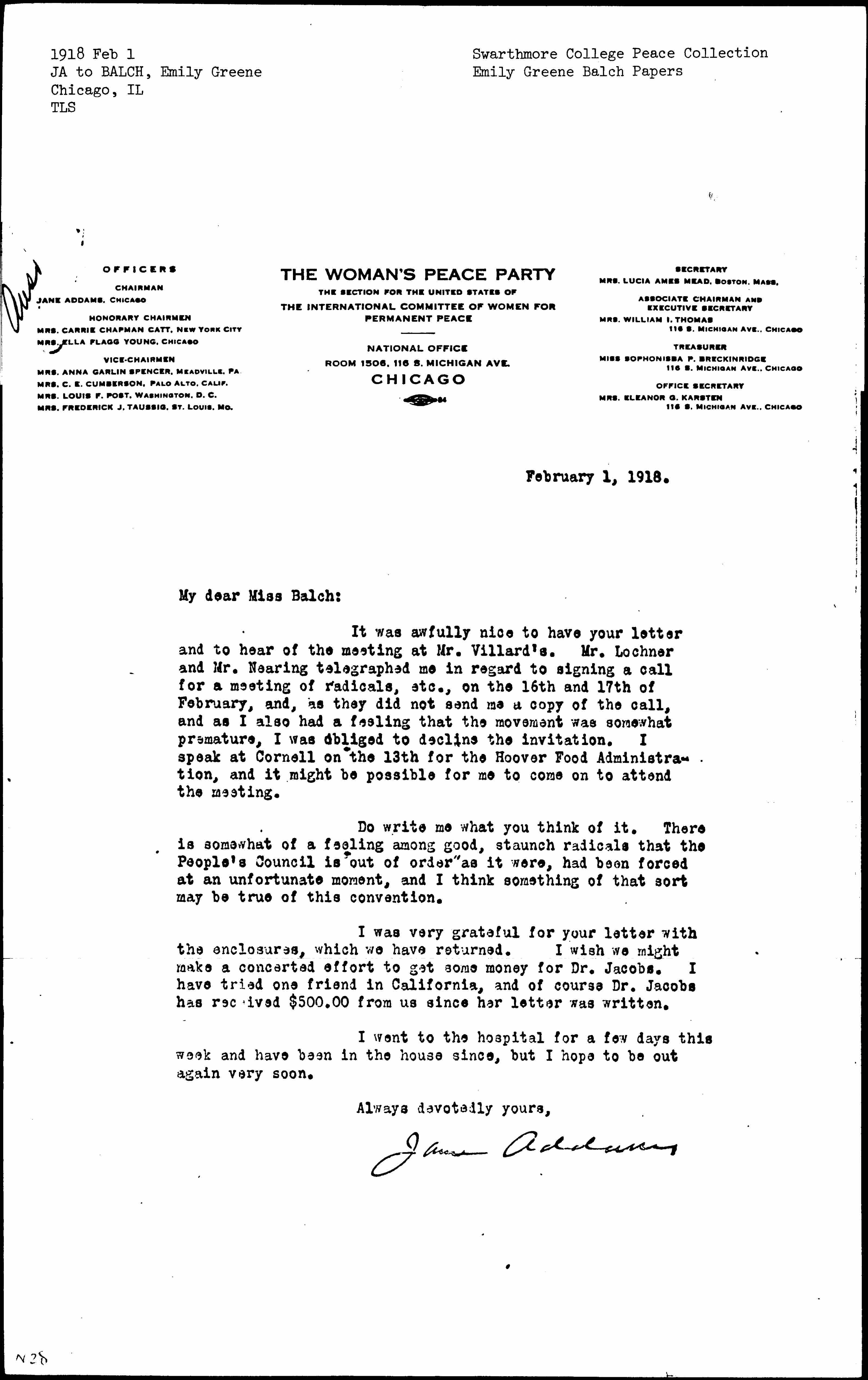 It was awfully nice to have your letter and to hear of the meeting at Mr. Villard's. Mr. Lochner and Mr. Nearing telegraphed me in regard to signing a call for a meeting of radicals, etc., on the 16th and 17th of February, and, as they did not send me a copy of the call, and as I also had a feeling that the movement was somewhat premature, I was obliged to decline the invitation. I speak at Cornell on the 13th for the Hoover Food Administration, and it might be possible for me to come on to attend the meeting.

Do write me what you think of it. There is somewhat of a feeling among good, staunch radicals that the People's Council is "out of order" as it were, had been forced at an unfortunate moment, and I think something of that sort may be true of this convention.

I was very grateful for your letter with the enclosures, which we have returned. I wish we might make a concerted effort to get some money for Dr. Jacobs. I have tried one friend in California, and of course Dr. Jacobs has received $500.00 from us since her letter was written.

I went to the hospital for a few days this week and have been in the house since, but I hope to be out again very soon.