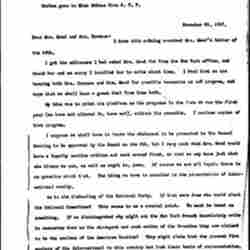 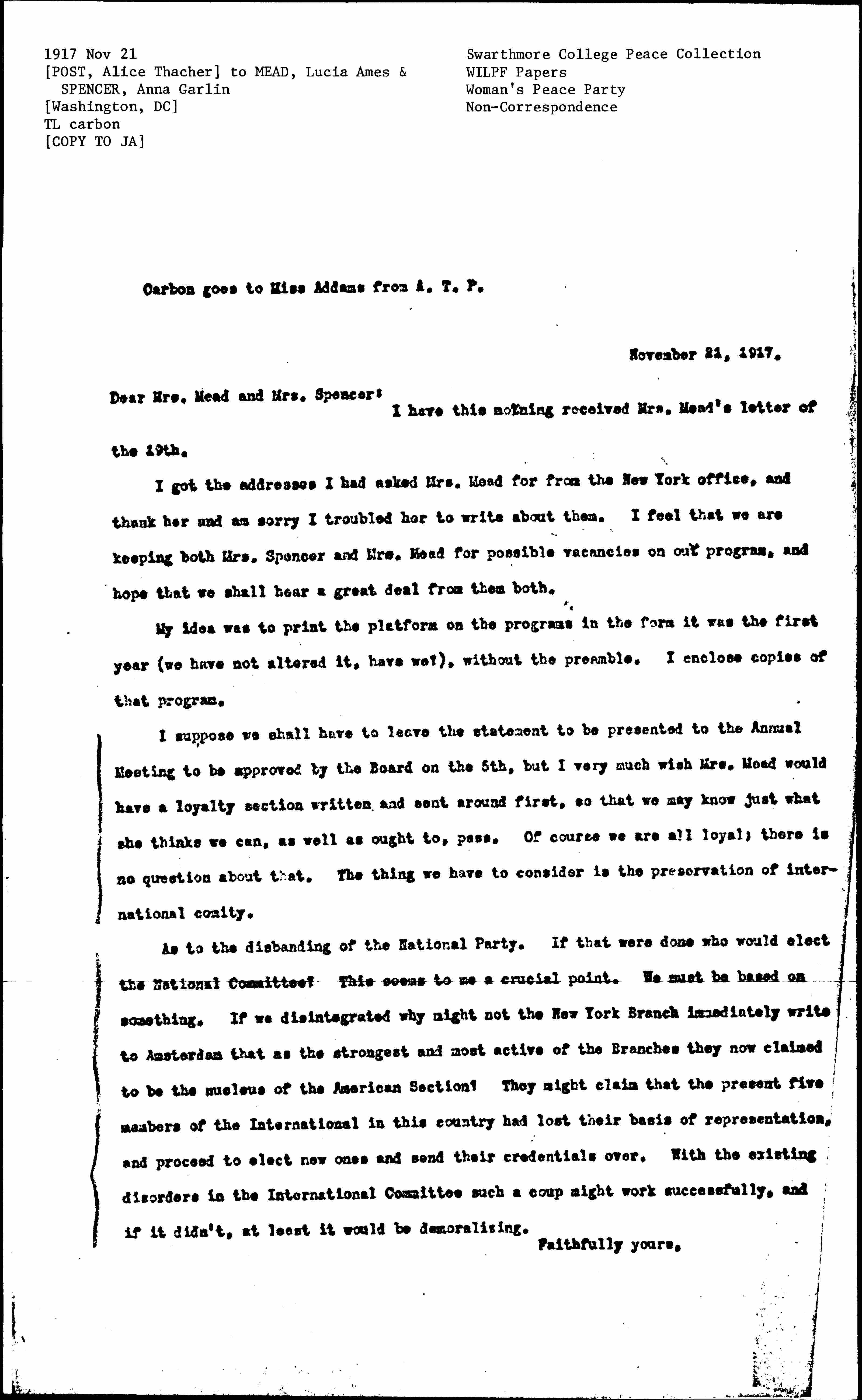 Carbon goes to Miss Addams from A. T. P.

I have this morning received Mrs. Mead's letter of the 19th.

I got the addresses I had asked Mrs. Mead for from the New York office, and thank her and am sorry I troubled her to write about them. I feel that we are keeping both Mrs. Spencer and Mrs. Mead for possible vacancies on our program, and hope that we shall hear a great deal from them both.

My idea was to print the platform on the programs in the form it was the first year (we have not altered it, have we?), without the preamble. I enclose copies of that program.

I suppose we shall have to leave the statement to be presented to the Annual Meeting to be approved by the Board on the 5th, but I very much wish Mrs. Mead would have a loyalty section written and sent around first, so that we may know just what she thinks we can, as well as ought to, pass. Of course we are all loyal; there is no question about that. The thing we have to consider is the preservation of international comity.

As to the disbanding of the National Party. If that were done who would elect the National Committee? This seems to me a crucial point. We must be based on something. If we disintegrated why might not the New York Branch immediately write to Amsterdam that as the strongest and most active of the Branches they now claimed to be the nucleus of the American Section? They might claim that the present five members of the International in this country had lost their basis of representation, and proceed to elect new ones and send their credentials over. With the existing disorders in the International Committee such a coup might work successfully, and if it didn't, at least it would be demoralizing.

Post discusses plans for the Annual Woman's Peace Party Meeting statement such as including a platform statement and loyalty pledge. Post also discusses potential organizational changes to the American Section of the International Committee of Women for Permanent Peace.