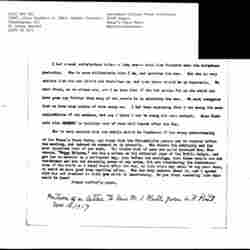 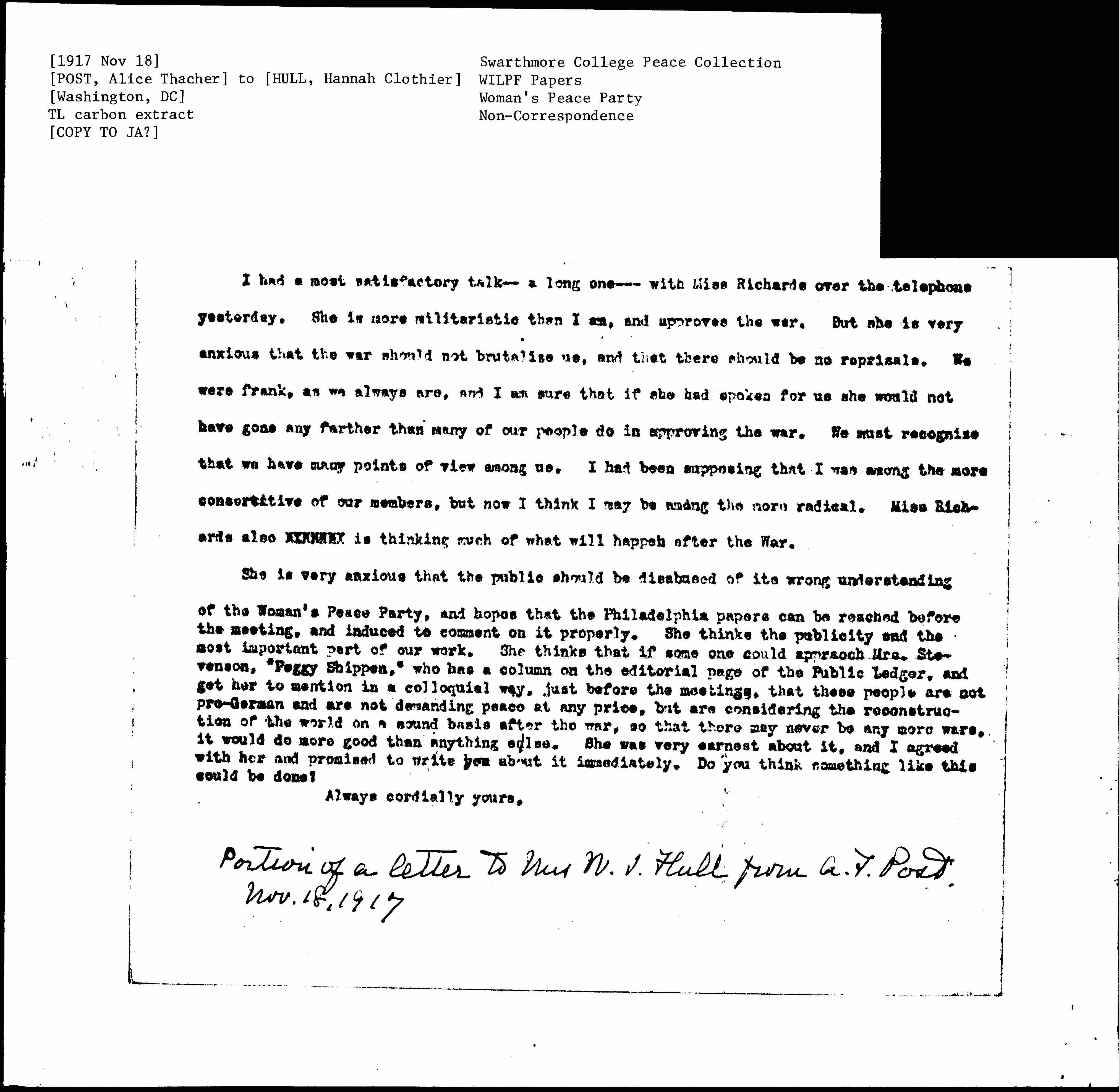 I had a most satisfactory talk -- a long one -- with Miss Richards over the telephone yesterday. She is more militaristic than I am, and approves the war. But she is very anxious that the war should not brutalize us, and that there should be no reprisals. We were frank, as we always are, and I am sure that if she had spoken for us she would not have gone any farther than many of our people do in approving the war. We must recognize that we have many points of view among us. I had been supposing that I was among the more [conservative] of our members, but now I think I may be among the more radical. Miss Richards also [illegible] is thinking much of what will happen after the War.

She is very anxious that the public should be disabused of its wrong understanding of the Woman's Peace Party, and hopes that the Philadelphia papers can be reached before the meeting, and induced to comment on it properly. She thinks the publicity end the most important part of our work. She thinks that if some one chould approach Mrs. Stevenson, "Peggy Shippen," who has a column on the editorial page of the Public Ledger, and get her to mention in a colloquial way, just before the meetings, that these people are not pro-German and are not demanding peace at any price, but are considering the reconstruction of the world on a sound basis after the war, so that there may never be any more wars, it would do more good than anything else. She was very earnest about it, and I agreed with her and promised to write you about it immediately. Do you think something like this could be done? 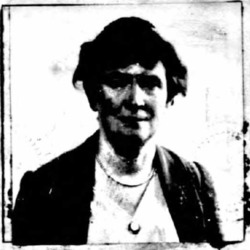 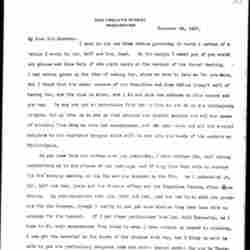 Post describes Richards' political stance for World War I and her opinion of the press.

World War I, support for
peace movement, activities of
press, the