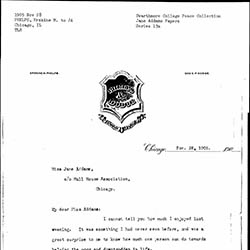 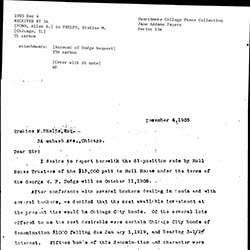 Erskine M. Phelps attended Williston Seminary, going on to work for the banking house Allen, Copp & Nesmith in St. Louis after graduating. He worked there for two years but then returned to Boston after some health issues. In 1864 he moved to Chicago and founded the shoe wholesaling business Phelps, Dodge, and Palmer with George E. P. Dodge. N. B. Palmer joined the company in 1840. Phelps was also the president of the Iroquois Club from 1883 to 1885. He was a member of the Calumet and Chicago Clubs, the Washington Park Club, and the Manhattan Club of New York. He was also a trustee of Hahnemann Hospital.