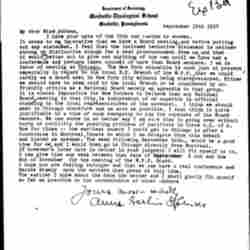 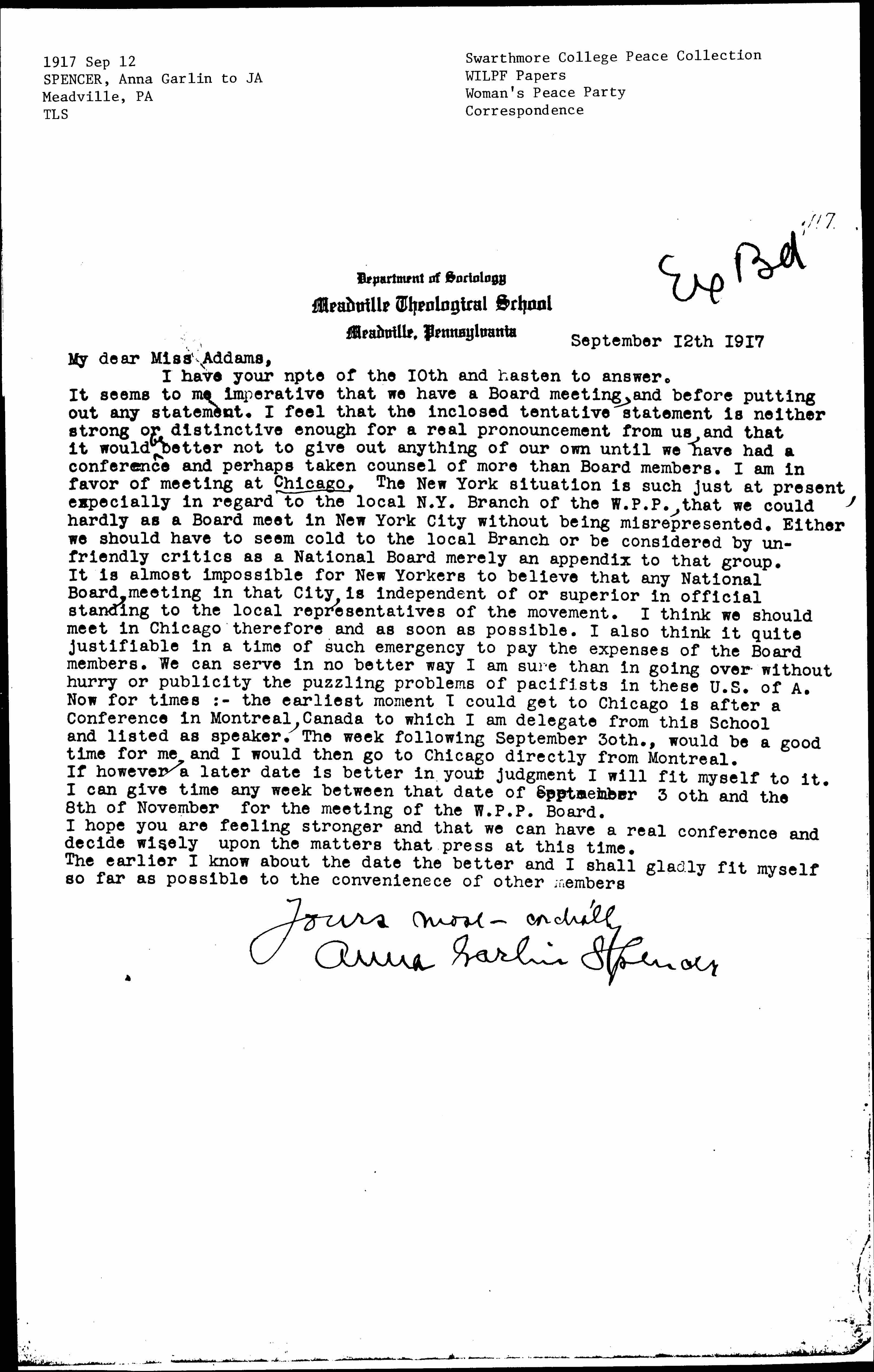 I have your note of the 10th and hasten to answer.

It seems to me imperative that we have a Board meeting↑,↓ and before putting out any statement. I feel that the [enclosed] tentative statement is neither strong or distinctive enough for a real pronouncement from us↑,↓ and that it would ↑be↓ better not to give out anything of our own until we have had a conference and perhaps taken counsel of more than Board members. I am in favor of meeting at Chicago. The New York situation is such just at present↑,↓ especially in regard to the local N.Y. Branch of the W.P.P.↑,↓ that we could hardly as a Board meet in New York City without being misrepresented. Either we should have to seem cold to the local Branch or be considered by unfriendly critics as a National Board merely an appendix to that group. It is almost impossible for New Yorkers to believe that any National Board↑,↓ meeting in that City↑,↓ is independent of or superior in official standing to the local representatives of the movement. I think we should meet in Chicago therefore and as soon as possible. I also think it quite justifiable in a time of such emergency to pay the expenses of the Board members. We can serve in no better way I am sure than in going over without hurry or publicity the puzzling problems of pacifists in these U.S. of A. Now for times: -- the earliest moment I could get to Chicago is after a Conference in Montreal↑,↓ Canada to which I am delegate from this School and listed as speaker. The week following September 30th., would be a good time for me↑,↓ and I would then go to Chicago directly from Montreal. If however a later date is better in your judgment I will fit myself to it. I can give time any week between that date of September 30th and the 8th of November for the meeting of the W.P.P. Board.

I hope you are feeling stronger and that we can have a real conference and decide wisely upon the matters that press at this time.

The earlier I know about the date the better and I shall gladly fit myself so far as possible to the convenience of other members. 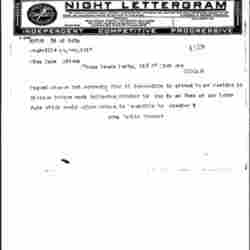 Spencer suggests the Woman's Peace Party Executive Board meeting be held in Chicago, and states issues that may arise by having it in New York.