Ten Minutes with the Editor, July 1917 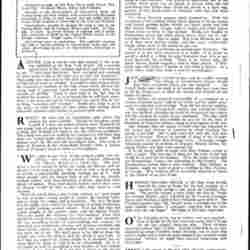 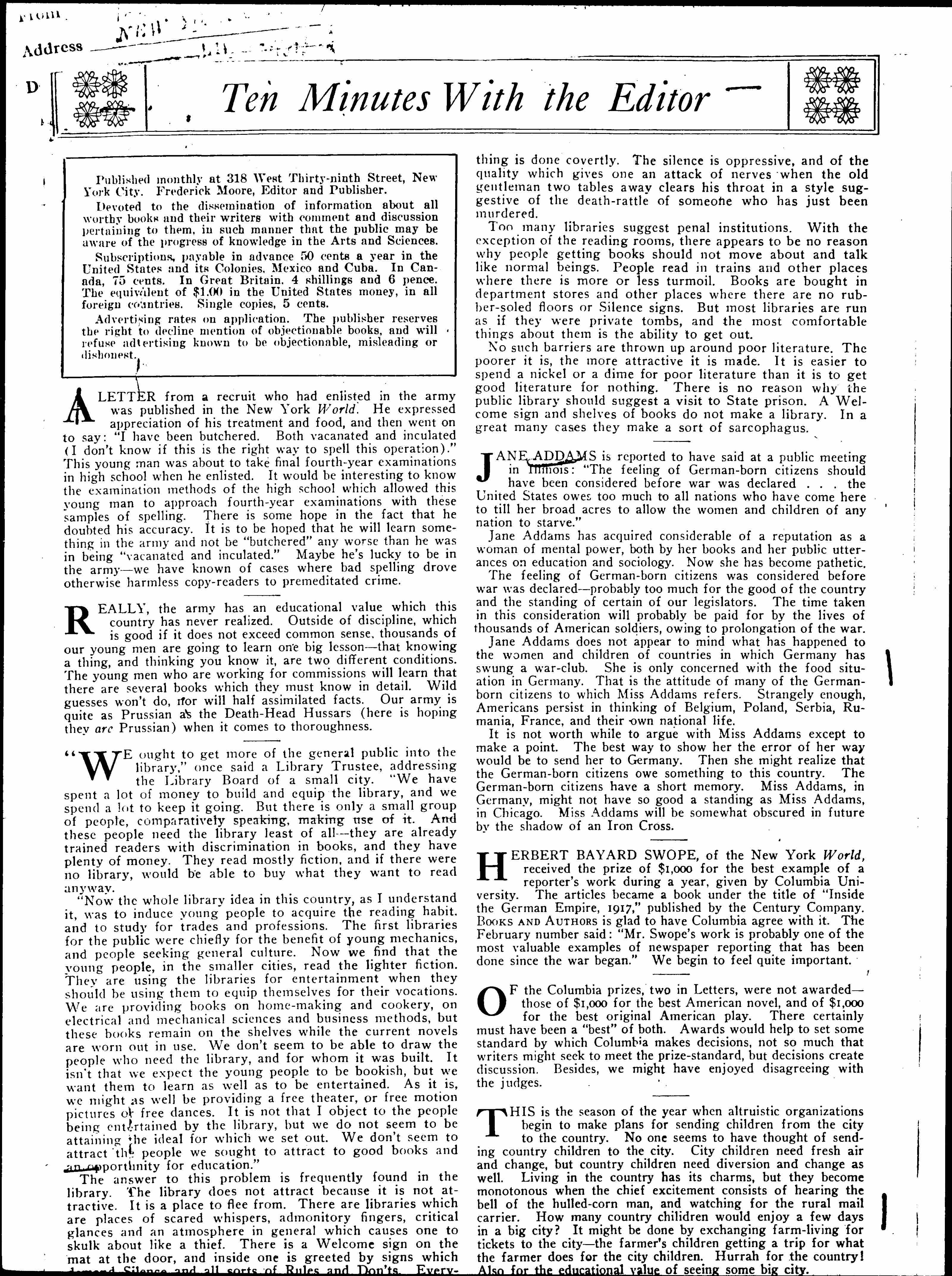 JANE ADDAMS is reported to have said at a public meeting in Illinois: "The feeling of German-born citizens should have been considered before war was declared ... the United States owes too much to all nations who have come here to till her broad acres to allow the women and children of any nation to starve."

Jane Addams has acquired considerable of a reputation as a woman of mental power, both by her books and her public utterances on education and sociology. Now she has become pathetic.

The feeling of German-born citizens was considered before war was declared -- probably too much for the good of the country and the standing of certain of our legislators. The time taken in this consideration will probably be paid for by the lives of thousands of American soldiers, owing to prolongation of the war.

Jane Addams does not appear to mind what has happened to the women and children of countries in which Germany has swung a war-club. She is only concerned with the food situation in Germany. That is the attitude of many of the German-born citizens to which Miss Addams refers. Strangely enough, Americans persist in thinking of Belgium, Poland, Serbia, [Romania], France, and their own national life.

It is not worthwhile to argue with Miss Addams except to make a point. The best way to show her the error of her way would be to send her to Germany. Then she might realize that the German-born citizens have a short memory. Miss Addams, in Germany, might not have so good a standing as Miss Addams, in Chicago. Miss Addams will be somewhat obscured in future by the shadow of an Iron Cross. 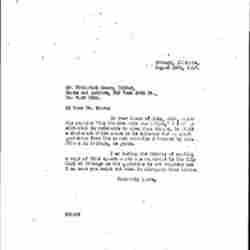 Moore writes that Addams is "pathetic" because of a recent lecture she made in Chicago. The topic of the speech was on the lack of consideration of German-born citizens before the United States entrance into the War.

The editors have transcribed only the section pertaining to Jane Addams.