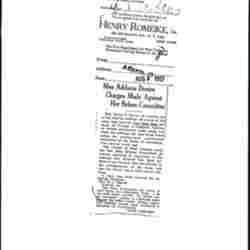 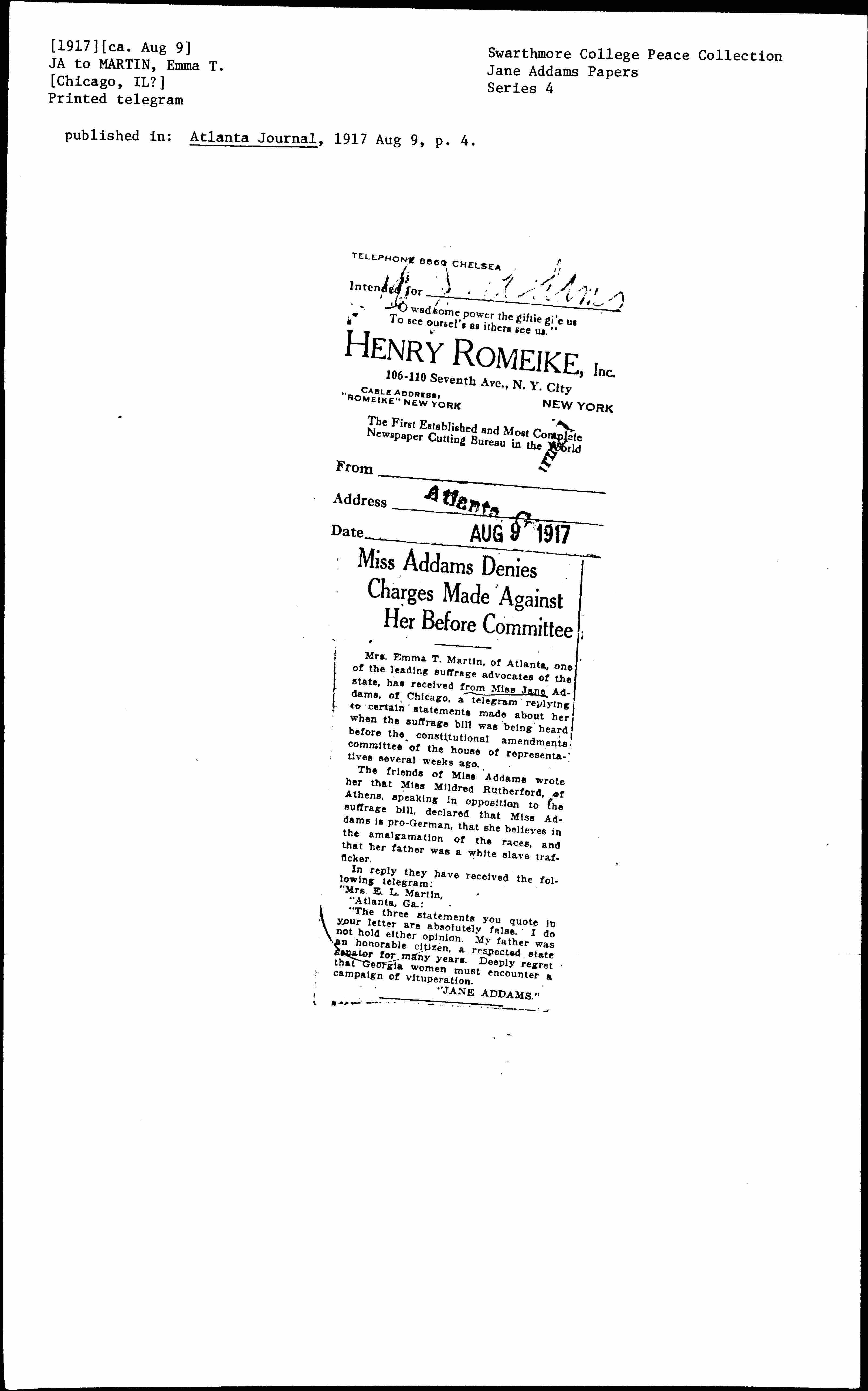 Miss Addams Denies Charges Made Against Her Before Committee

Mrs. Emma T. Martin, of Atlanta, one of the leading suffrage advocates of the state, has received from Miss Jane Addams, of Chicago, a telegram replying to certain statements made about her when the suffrage bill was being heard before the constitutional amendments committee of the house of representatives several weeks ago.

The friends of Miss Addams wrote that Miss Mildred Rutherford, of Athens, speaking in opposition to the suffrage bill, declared that Miss Addams is pro-German, that she believes in the amalgamation of the races, and that her father was a white slave trafficker.

In reply they have received the following telegram:

"The three statements you quote in your letter are absolutely false. I do not hold either opinion. My father was an honorable citizen, a respected state senator for many years. Deeply regret that Georgia women must encounter a campaign of vituperation. 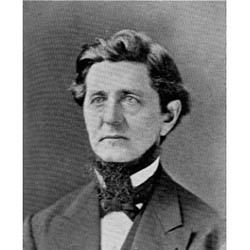 Addams sends Martin a telegram denying Mildred Rutherford's claims about her; the telegram is published in the Atlanta Journal.

Miss Addams Denies Charges Made Against Her Before Committee, Atlanta Journal, August 9, 1917.