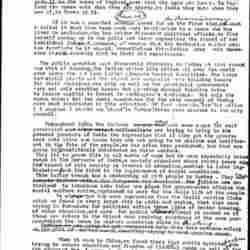 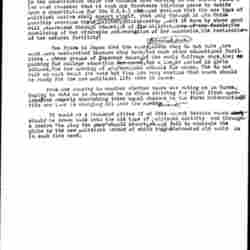 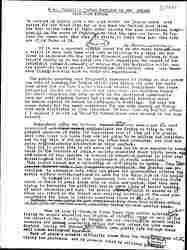 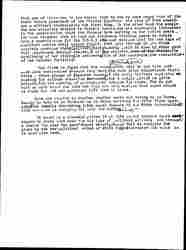 A New Political Method Emerging in the Orient

We arrived at Bombay just a few days before the Indian women were voting for the first time, for as you know the English have given the vote to the women of India under exactly the same conditions they gave it to <that> the women of England <have it> save that the ages are lower.  In England the women vote when they are thirty, in India they vote when they are 21, in Burma at 18.

If it was a somewhat strange event for us <an American woman> the first time <she> cast a ballot it must have been much more bewildering to a woman who has lived in seclusion, who has seldom discussed political affairs, to find herself coming up to the polls and there depositing the record of her individual judgment, assuming of course that the Australian ballot system functions as it should. Nevertheless these Indian women were there even <there> securely tied to their old experiences.

The public question most frequently discussed in Bombay at that moment was that of housing, for Indian cities like cities all over the world ever since the war have lacked adequate housing facilities. The large industrial plants and the street car companies were building houses for their employees, the city as well as the provincial governments were not only erecting houses but granting special taxation rates to induce capital to invest in workingmen's dwellings. Not only the women voters but the women candidates for the city council of Bombay were much interested in this situation. Of four women who "ran" for office (I suppose I should stay "stood" in Bombay) three were elected to the city council.

Throughout India the Indians as you know <who> are very eager for self government and these ardent nationalists are trying to bring to the present [governors] of India the impression that if they get the government into their own hands they are not going to be callous and indifferent to the fate of the people, as has often been predicted, but that are going to <be> consistently interested in their welfare.

They try to prove this in all sorts of ways but we were especially interested in The Servants of India, a society organized about thirty years ago. One branch of this society is devoted to education, another to labor legislation and the third to the improvement of social conditions.

This latter branch has a membership of 1500 people in Bombay. They are largely Indians with a few Europeans and Americans. The  <were>  Indians are determined to introduce into their new plans for governmental affairs the social welfare motive, expressed in care for the daily life of the people.

We always got the same impression from the Social Service Clubs which we found in every large city in India and Ceylon, that they were trying to formulate for political action these ideas of better housing, of wider education, and care for public <health>, until it seemed as if these new voters in the Orient were evolving something of the same purposes which the women in western countries claim to do <be doing>.

Perhaps we are going to get unexpected help from this sincere effort on the part of men and women sincerely trying to meet genuine needs.

When it comes to China, we found there that public spirited <people> are trying to secure education and freedom of life <for> all women as well as for the educated few. A group in [Shanghai] who are working <for> [widespread] health measures are asking constantly asking for more nurses, for more women doctors hoping the Chinese <women> will enter into public life through those well know methods of approach.

Much of China's present difficulty comes from the fact that many of <the> thirty two provinces are at present ruled by military governors. [page 2] Each one of these men is now hoping that he may by some happy turn of the wheel become president of the Chinese Republic and many of them consider a military dictatorship the first step. On the other hand the people who are sincerely devoted to China's future, who are enormously interested in the constitution which the Chinese have [been] working on for twelve years, (we must remember that it took our forebears thirteen years to decide upon a constitution for the U.S.A.) are most anxious that the new type of political motive shall assert itself, that only through it can China possibly overcome these <this [illegible] of> military dictatorship, melt it down by sheer good will, expressed through education of its <the> children, care of the feeble, the canalizing of her rivers, the reforestation of her mountains, the restoration of her natural fertility.

One finds in Japan that the women, [although] they do not vote, are much more westernized because they have had much wider educational facilities. These groups of Japanese women <remind one> of the early Suffrage days, they [are] pushing for college education for women, for a longer period in girls schools, for the opening of professional schools for women. They do not talk so much about the vote but they are very anxious that women should be ready for the new political life when it comes.

From one country to another whether women are voting as in Burma, hoping to vote as in Japan or as in China striving for their first openings and eagerly cherishing their [equal] changes in the State Universities this new tone is emerging all over the world <Orient>.

It would be a thousand pities if at this moment Western women should be drawn back into the old type of political activity and through a desire "to play the game" should revert, should fail to encircle the globe by the new political method of which the <this> distracted old world is in such dire need. 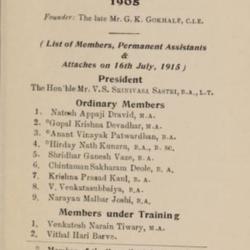 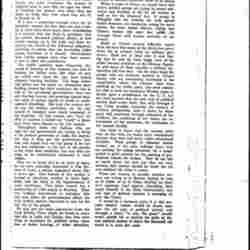