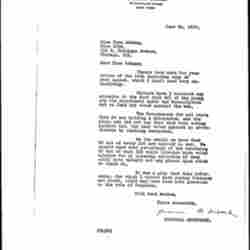 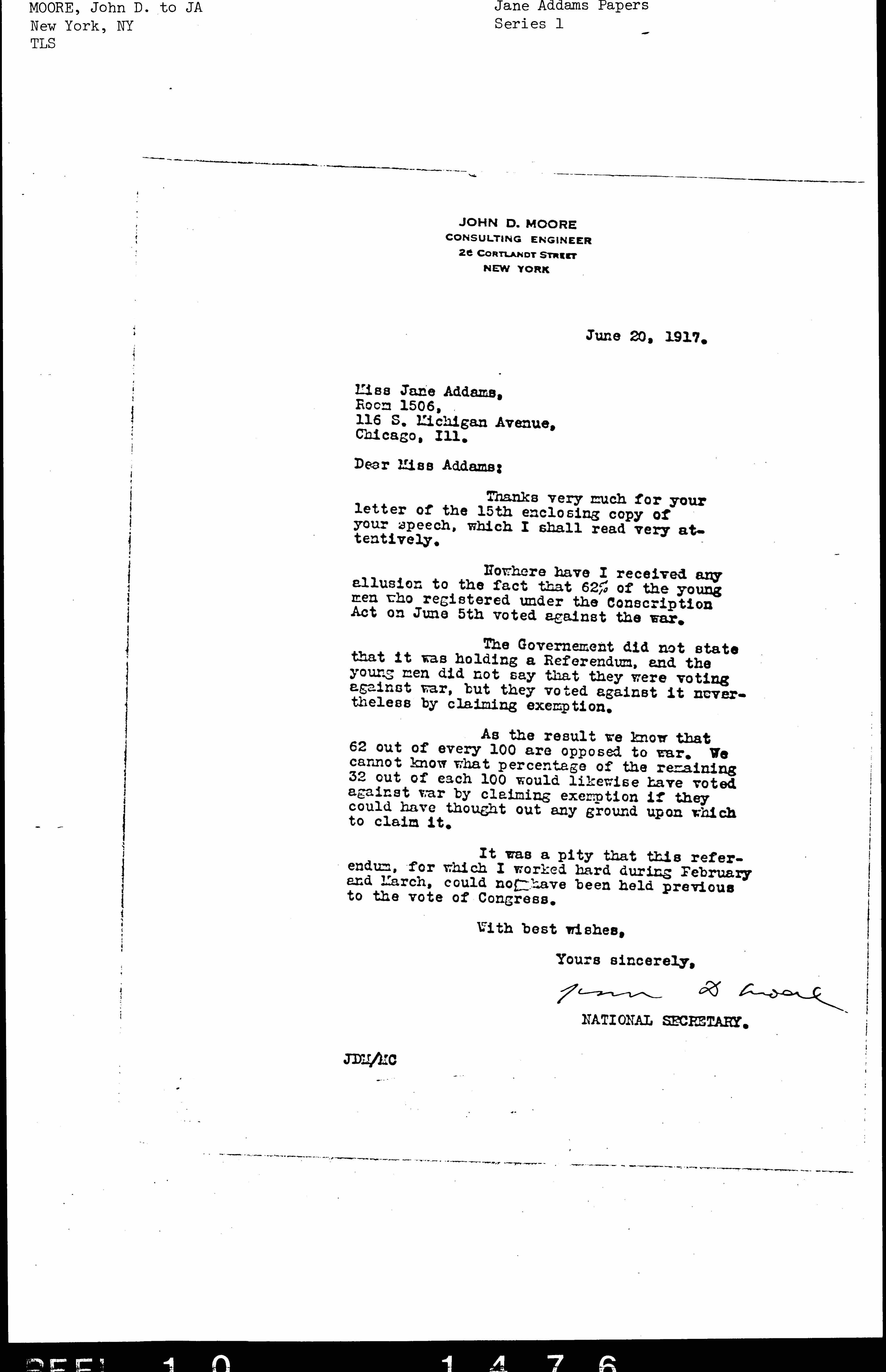 Thanks very much for your letter of the 15th enclosing copy of your speech, which I shall read very attentively.

Nowhere have I received any allusion to the fact that 62% of the young men who registered under the Conscription Act on June 5th voted against the war.

The Government did not state that it was holding a Referendum, and the young men did not say that they were voting against war, but they voted against it nevertheless by claiming exemption.

As the result we know that 62 out of every 100 are opposed to war. We cannot know what percentage of the remaining 32 out of each 100 would likewise have voted against war by claiming exemption if they could have thought out any ground upon which to claim it.

It was a pity that this referendum, for which I worked hard during February and March, could not have been held previous to the vote of Congress.

Moore provides Addams data on number of men who claimed a draft exemption as a way to gauge support for the war.