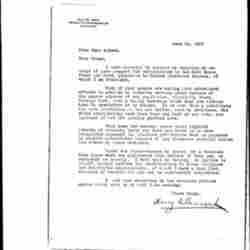 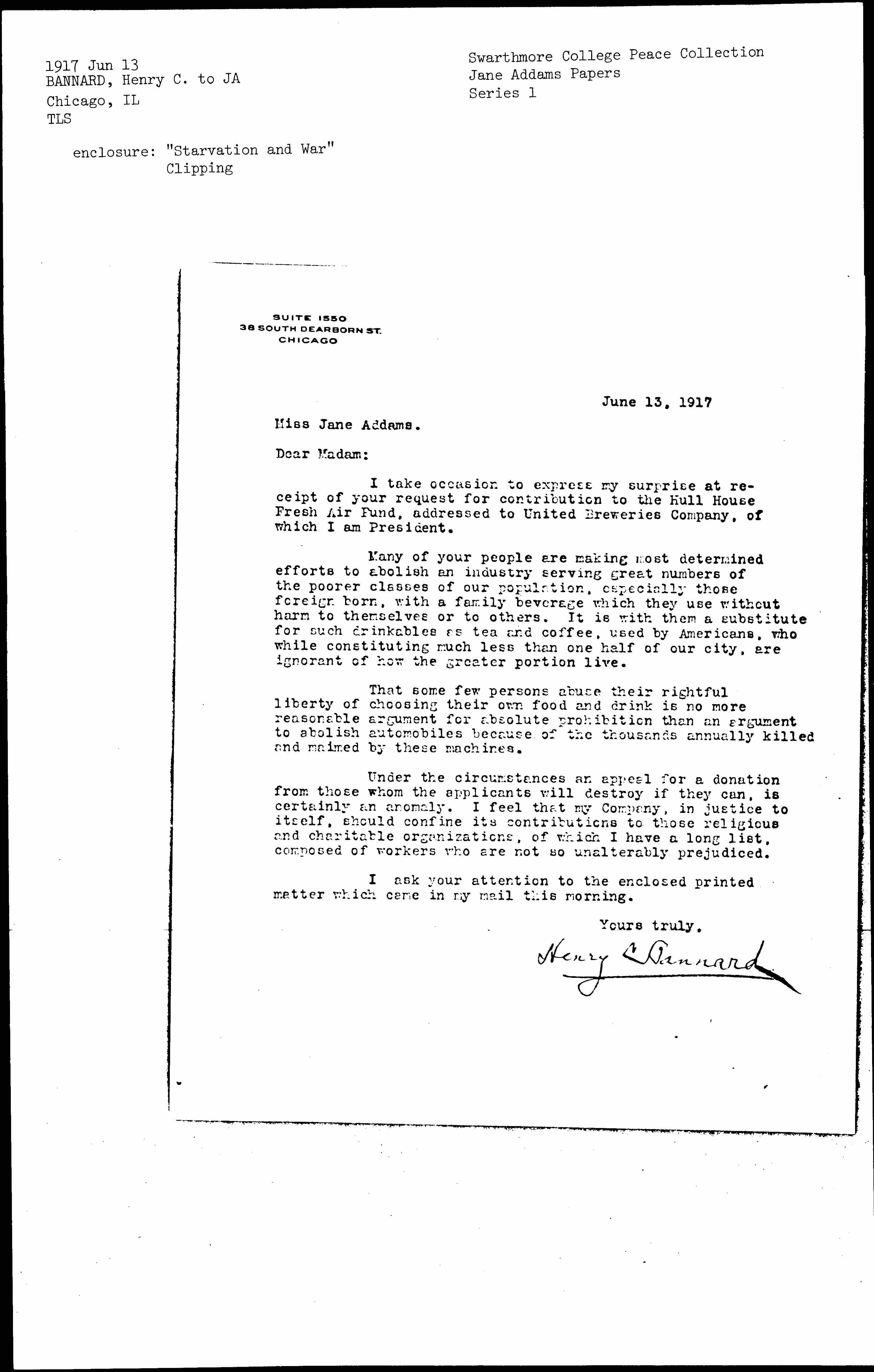 I take occasion to express my surprise at receipt of your request for contribution to the Hull House Fresh Air Fund, addressed to United Breweries Company, of which I am President.

Many of your people are making most determined efforts to abolish an industry serving great numbers of the poorer classes of our population, especially those foreign born, with a family beverage which they use without harm to themselves or to others. It is with them a substitute for such drinkables as tea and coffee, used by Americans, who while constituting much less than half of our city, are ignorant of how the greater portion live.

That some few persons abuse their rightful liberty of choosing their own food and drink is no more reasonable argument for absolute prohibition than an argument to abolish automobiles because of the thousands annually killed and maimed by these machines.

Under the circumstances an appeal for a donation from those whom the applicants will destroy if they can, is certainly an anomaly. I feel that my Company, in justice to itself, should confine its contributions to those religious and charitable organizations, of which I have a long list, composed of workers who are not so unalterably prejudiced.

I ask your attention to the enclosed printed matter which came in my mail this morning. 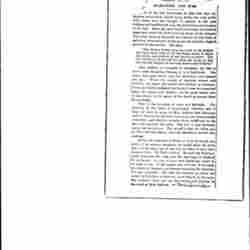 Bannard refuses to contribute to Hull-House because Addams supports prohibition.