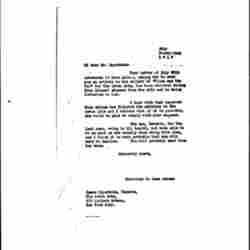 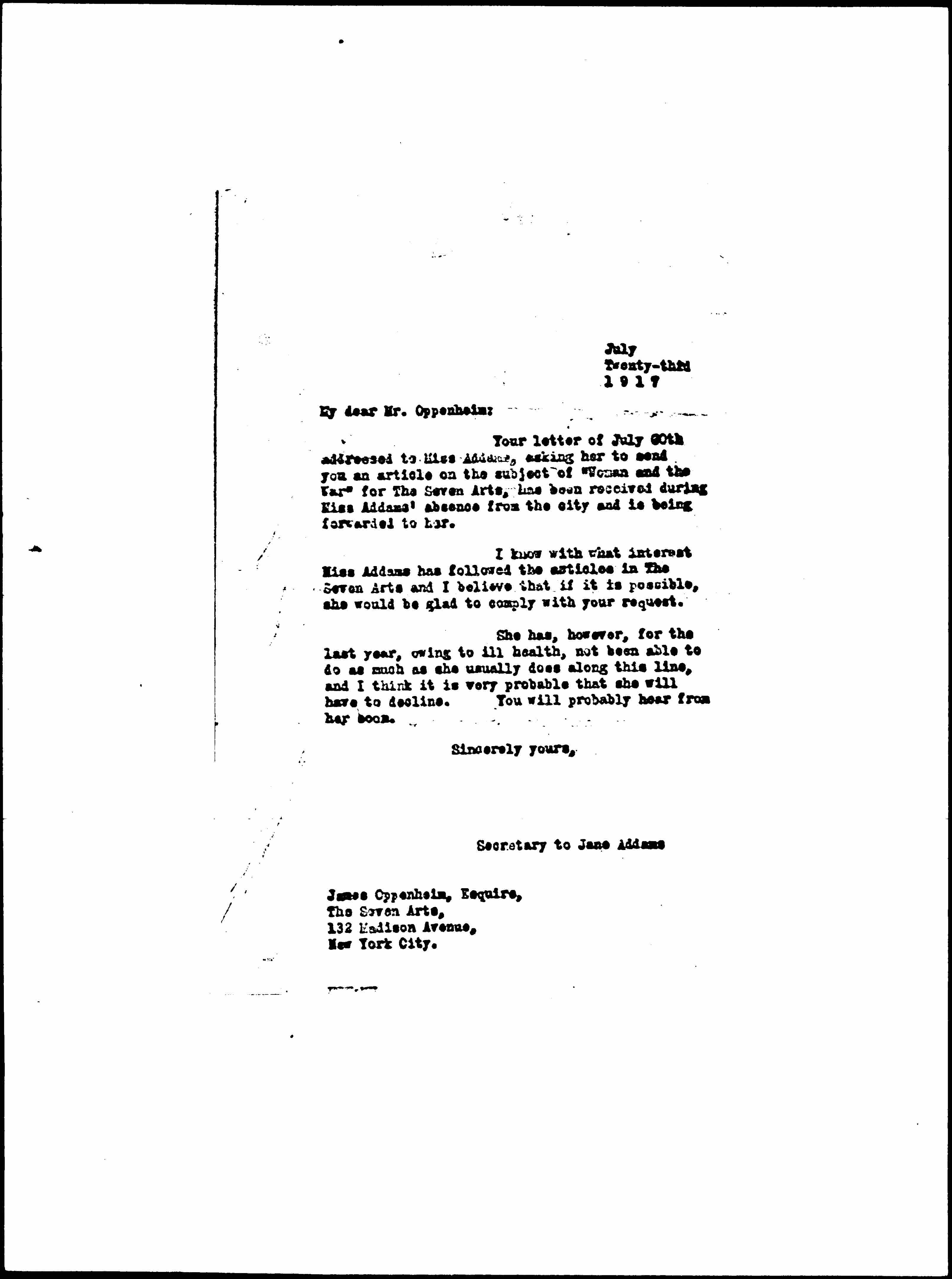 Your letter of July 20th addressed to Miss Addams, asking her to send you an article on the subject of "Woman and the War" for The Seven Arts, has been received during Miss Addams' absence from the city and is being forwarded to her.

I know with what interest Miss Addams has followed the articles in The Seven Arts and I believe that if it is possible, she would be glad to comply with your request.

She has, however, for the last year, owing to ill health, not been able to do as much as she usually does along this line, and I think it is very probable that she will have to decline. You will probably hear from her soon. 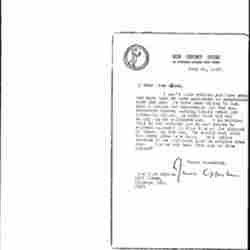 Karsten responds to Oppenheim's request stating Addams would be interested in publishing an article in the Seven Arts, but may decline due to her health.