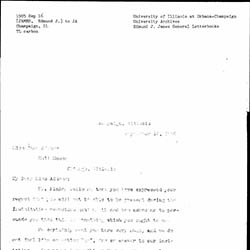 David Kinley immigrated from Scotland to the United States in 1872. He was a professor of economics at the University of Illinois who had done his graduate study under Richard T. Ely. Kinley held various administrative positions at the University, including chair of the economics department, dean, vice-president, and president of the University from 1920-1930.