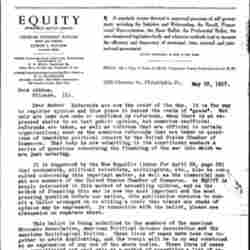 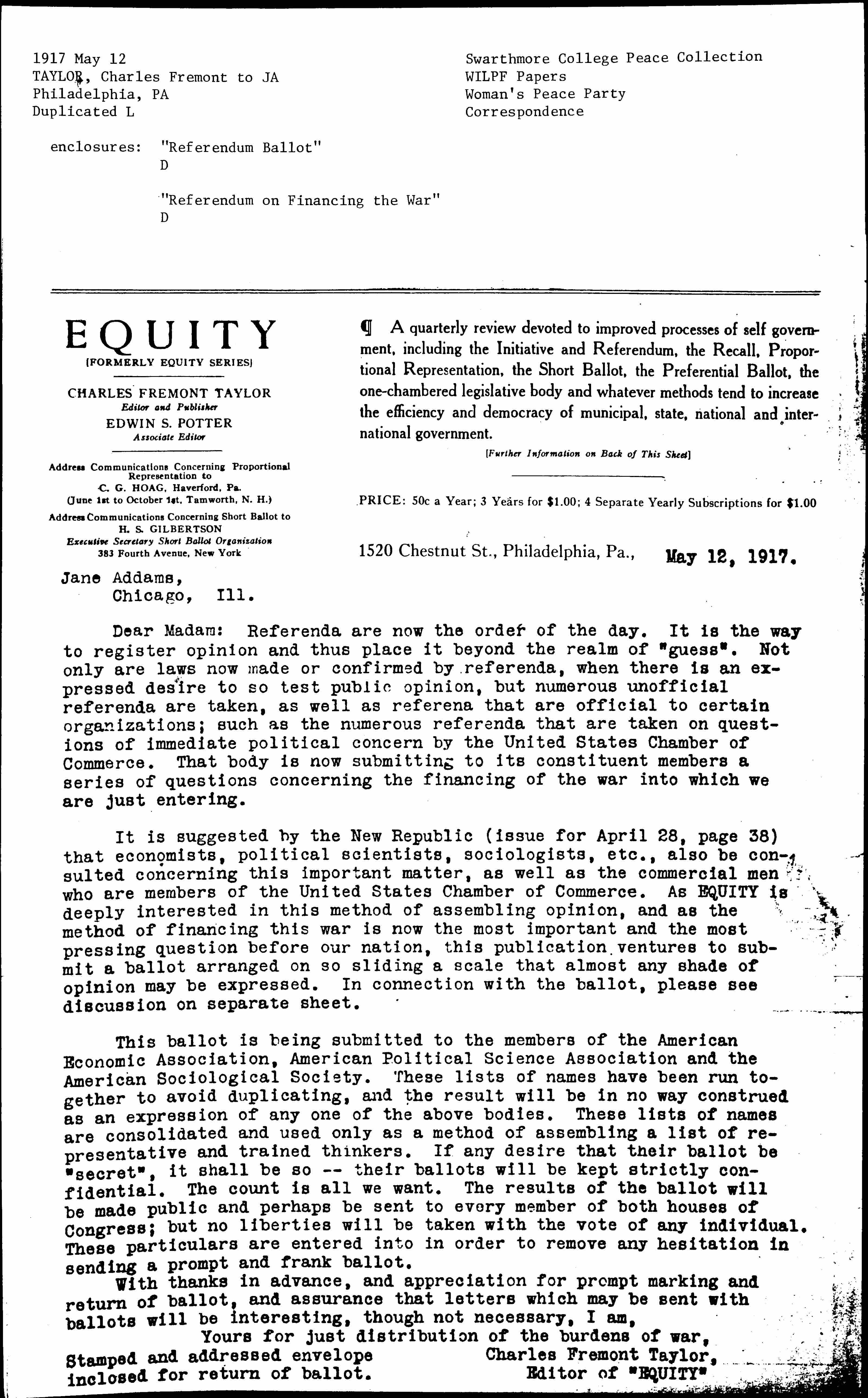 Dear Madam: Referenda are now the order of the day. It is the way to register opinion and thus place it beyond the realm of "guess". Not only are laws now made or confirmed by referenda, when there is an expressed desire to so test public opinion, but numerous unofficial referenda are taken, as well as [referenda] that are official to certain organizations; such as the numerous referenda that are taken on questions of immediate political concern by the United States Chamber of Commerce. That body is now submitting to its constituent members a series of questions concerning the financing of the war into which we are just entering.

It is suggested by the New Republic (issue for April 28, page 38) that economists, political scientists, sociologists, etc., also be consulted concerning this important matter, as well as the commercial men who are members of the United States Chamber of Commerce. As EQUITY is deeply interested in this method of assembling opinion, and as the method of financing this war is now the most important and the most pressing question before our nation, this publication ventures to submit a ballot arranged on so sliding a scale that almost any shade of opinion may be expressed. In connection with the ballot, please see discussion on separate sheet.

This ballot is being submitted to the members of the American Economic Association, American Political Science Association and the American Sociological Society. These lists of names have been run together to avoid duplicating, and the result will be in no way construed as an expression of any one of the above bodies. These lists of names are consolidated and used only as a method of assembling a list of representative and trained thinkers. If any desire that their ballot be "secret", it shall be so -- their ballots will be kept strictly confidential. The count is all we want. The results of the ballot will be made public and perhaps be sent to every member of both houses of Congress; but no liberties will be taken with the vote of any individual. These particulars are entered into in order to remove any hesitation in sending a prompt and frank ballot.

With thanks in advance, and appreciation for prompt marking and return of ballot, and assurance that letters which may be sent with ballots will be interesting, though not necessary, I am,

Yours for just distribution of the burdens of war, 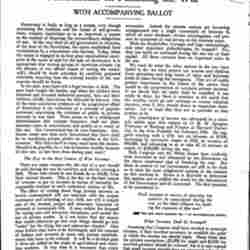