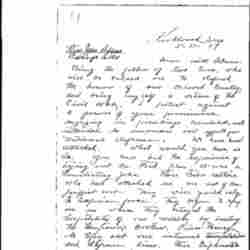 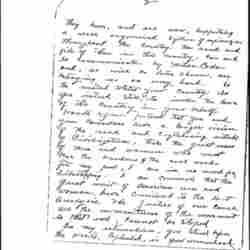 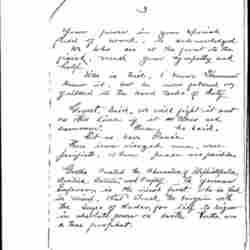 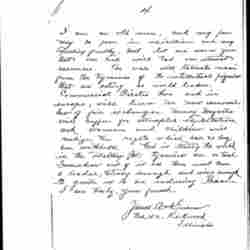 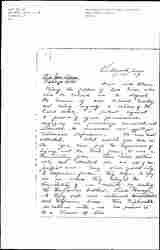 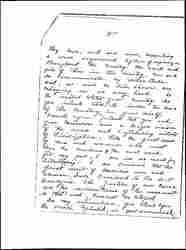 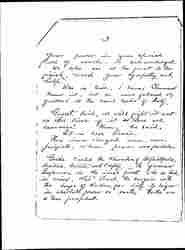 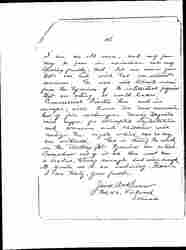 Being the father of two Sons, who will be called on to defend the honor of our beloved Country, and being myself a [veteran] of the Civil War, I protest against a person of your prominence, engaging in proceedings calculated, and intended to embarrass our efforts for national defense. We have been attacked. What would you have us do. You have had the experience of trying out the Ford plan: It was a humiliating joke. Those "Sabre [rattlers]" who have attacked us, are not of the [pacifist] sort: They will yield only to Superior force. They began to spy on us when they betrayed the hospitality of our nation by sending the Emperor's brother, Prince-Henry, to spy out our internal transportation and defense lines. [Their] Diplomatic relations with us has proven to be a tissue of lies. [page 2]

They have, and are now, supporting a well organized system of espionage throughout the Country. The rank and file of them in this country, can and do communicate by Motion-Code and, as will be later shown, are betraying us on every hand. Is the United States your Country; do you intend still, to invoke the laws of this Country in your behalf. Would [you?] pretend that you and your co-workers have a larger vision of the real and [crystallizing] methods of Civilization, than the great mass of men and woman who must bear the burdens of the real work. For my part, I am in no mood for sidestepping: I am convinced that the great unit of American men and woman, have considered to the last Analysis, the Justice of our cause and the momentum of the movement to that end, cannot be [stopped].

In my estimation, you stand before the world, Splendid, in your womanhood. [page 3] Your power in your special field of work, is acknowledged.

We who are at the front to the finish, need your sympathy and help.

"War is Hell", I know; Sherman knew it, but he never faltered or [yielded] to the hard tasks of duty.

Grant said, "we will fight it out on this line if it it takes all summer", then, he said, "Let us have Peace".

These iron visaged men, were pacifists, when peace was possible.

Goethe created the character of [Mephistopheles], devilish, Astute, and crafty. The German emperor, is the ideal Faust, who he had in mind, that struck the bargain with the Imps of Hades, for [life] to reign in absolute power on Earth. Goethe was a true prophet. [page 4]

I am an old man, and my pen may be poor in [execution] and my Spelling faulty, but let me warn you that our task will tax our utmost resources. The war will liberate men from the tyrannies of the intellectual pigmies that are acting as world leaders.

Commercial Pirates here and in Europe, will learn the new economic law of fair exchange. Money magnates will suffer for attempted exploitation, and woman and children will realize the rights which have so long been withheld. God is testing the world in the Melting Pot. [Tyrannies] are on trial. [Somewhere] out of it all there must come a leader, strong enough and wise enough to guide us to an enduring Peace.

I am truly, your friend, 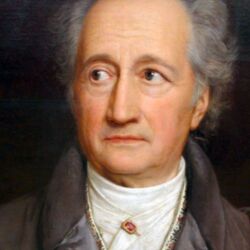 Atkinson criticizes Addams's continued work for peace, claiming that the time has come to support the war effort.