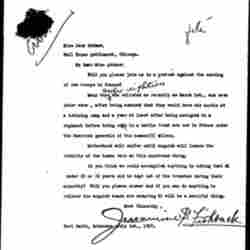 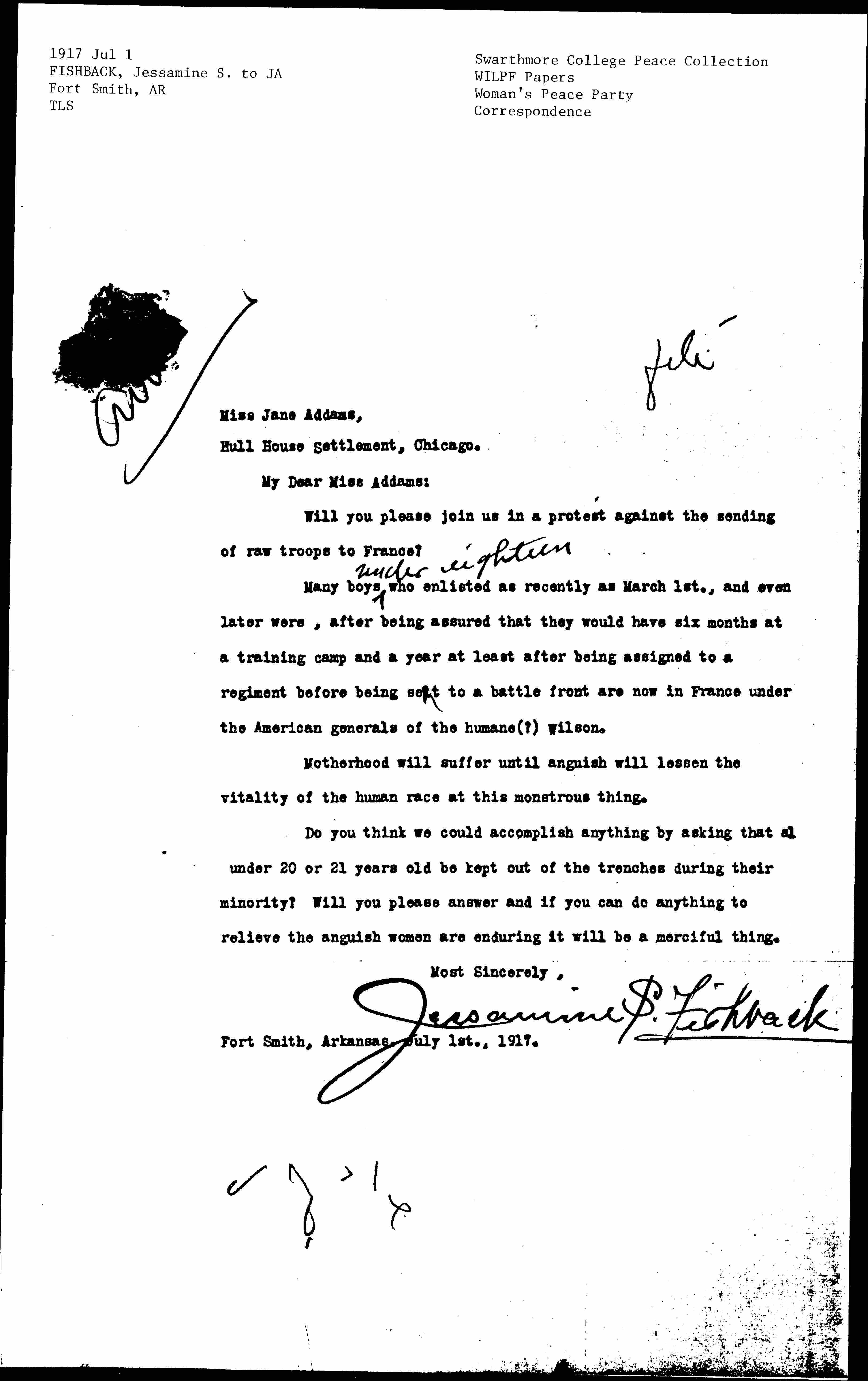 Will you please join us in a protest against the sending of raw troops to France?

Many boys <under eighteen> who enlisted as recently as March 1st., and even later were, after being assured that they would have six months at a training camp and a year at least after being assigned to a regiment before being sent to a battle front are now in France under the American generals of the humane(?) Wilson.

Motherhood will suffer until anguish will lessen the vitality of the human race at this monstrous thing.

Do you think we could accomplish anything by asking that [all] under 20 or 21 years old be kept out of the trenches during their minority? Will you please answer and if you can do anything to relieve the anguish women are enduring it will be a merciful thing. 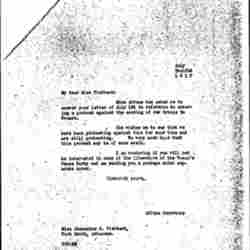 Fishback asks Addams to participate in a protest against sending young troops to France.