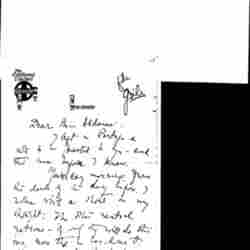 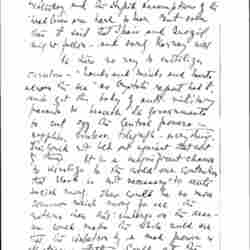 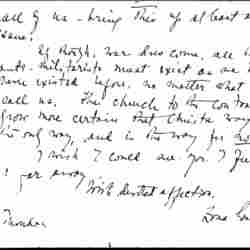 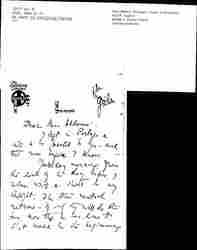 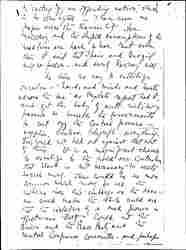 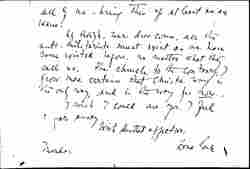 I left in Portage a note to be posted to you -- and that was before I knew.

Yesterday morning, from the dark of the day before, I woke with a stone in my thought; the other neutral nations -- if only they will do this too, now that he has done it. That would be the beginning [page 2] of "cutting off an offending nation," which is to come after. I have seen no paper since the Kansas City Star yesterday and the stupid assumptions of the headlines are hard to hear. But even then it said that Spain and Brazil might follow -- and surely Norway will.

Is there no way to mobilize ourselves -- "heads and minds and hearts across the sea" as Crystal's report had it, and get this body of anti-military passion to beseech its governments to cut off the Central powers -- supplies, wireless, telegraph -- everything. They could not hold out against that sort of thing. It is a magnificent chance to visualize to the world our contention that blood is not necessary to settle social wrong. There could be no more common social wrong for all the nations than this embargo on the seas -- we could make the whole world see that the isolation of a mad power is effectiveness [illegible]. Could not the Union and the Peace Party and the Neutral Conference Committee -- and perhaps [page 3] all of us -- bring this up at least as an issue.

If though, war does come, all the anti-militarists must exist as we have never existed before, no matter what they call us. The church to the contrary, I grow more certain that Christs way is the only way, and is the way for now.