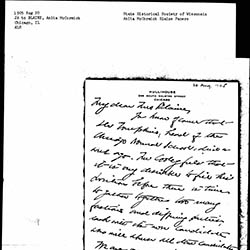 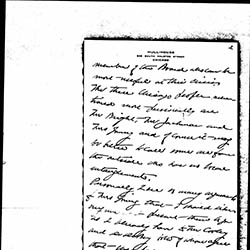 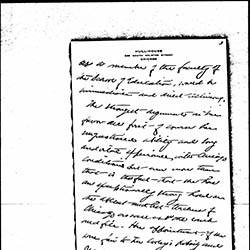 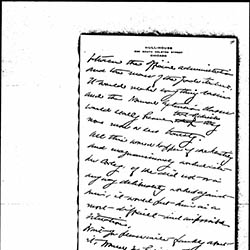 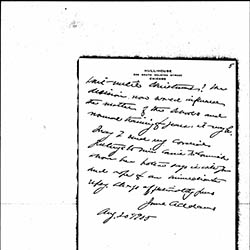 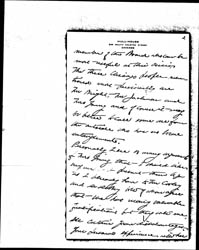 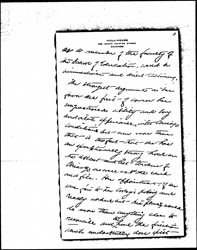 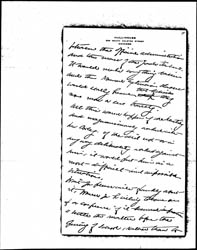 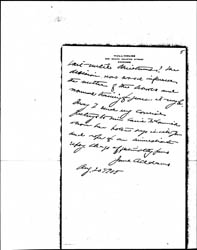 You know of course that Dr Tompkins, head of the Chicago Normal School, died a week ago. Mr Cooley feels that it is very desirable to fill his position before there is time to gather together too many factions and differing parties, each with its own candidate who will abuse all other candidates.

We are very anxious indeed to hear from you, and hope that you will have suggestions. There is certainly no one who knows the history and spirit of the Cook Normal School so well and we all feel that you are the [page 2] member of the Board who can be most useful in this crisis. The three Chicago people mentioned most persistently are Mr Bright, Mr Jackman, and Mrs Young and of couse it may be better to call some one from the outside who has no local entanglements.

Personally I see so many arguments for Mrs Young that I should like very [much to] present them to you as I already have to Mr Cooley and Dr DeBey both of whom agree that she has many valuable qualifications but they note she [illegible] certain grave disadvantages. Your personal experience with her [page 3] as a member of the faculty of the School of Education, would be immediate and direct testimony.

The strongest arguments in her factor are first of course her unquestioned ability and long and vital experience with Chicago conditions but even more than that is the fact that she had an exceptionally strong hold on the ablest and best teachers of Chicago as well as ↑on↓ the rank and file. Her appointment, if she [were] fair to Mr Cooley's [illegible] and really worked out his plans, would do more than anything else to reconcile and ↑to↓ heal the friction which undoubedly does exist [page 4] between the official administration and the mass of the grade teachers.  It would make everything easier and the Normal Extension classes would really become [illegible] ↑that of which↓ they [illegible] more or less [travesty].

All this would happen if she heartily and manganimously worked with Mr Cooley, if she did not or in any way deliberately worked against him, it would put him in a most difficult and impossible situation.

Won't you please write frankly about it. Would you be willing to come on for a conference if it seemed imperative to settle the matter before the opening of School, rather than to [page 5] wait until Christmas? The decision now would influence the matter of the Schools and normal training for years, it may be.

May I send my cordial greetings to Miss Carrie McCormick whom her brother says is with you and hope for an immediate reply. Always affectionately yours Addams urges Blaine to support the candidacy of Ella Young as principal of the Normal School and talks about the situation at the Board of Education.