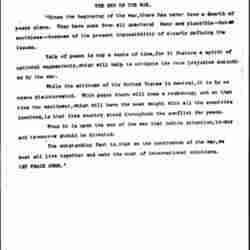 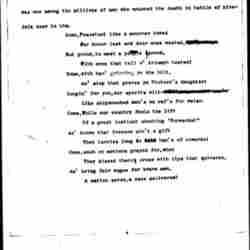 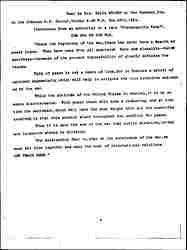 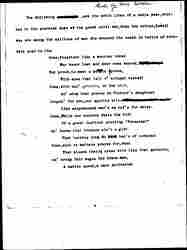 (Sentences from an editorial in a late "Indianapolis News").

THE END OF THE WAR.

"Since the beginning of the war, there has never been a dearth of peace plans. They have come from all quarters! Many are plausible -- but worthless -- because of the present impossibility of clearly defining the issues.

Talk of peace is not a waste of time, for it fosters a spirit of national magnanimity, which will help to mitigate the race prejudice enkindled by the war.

While the attitude of the United States is neutral, it is by no means disinterested. With peace there will come a reckoning; and at that time the sentiment, which will have the most weight with all the countries involved, is that this country stood throughout the conflict for peace.

Thus it is upon the end of the war that public attention, [today] and [tomorrow] should be directed.

The outstanding fact is, that on the conclusion of the war, we must all live together and make the most of international relations. LET PEACE COME." [page 2]

The following [illegible], are the noble lines of a noble poet, written in the sternest days of the great civil war, when the writer, Lowell was one among the millions of men who mourned the death in battle of kinsfolk dear to him.

Come, Peace! not like a mourner bowed
For honor lost and dear ones wasted, [illegible]
But proud, to meet a people proud,
With eyes that tell o' triumph tasted!
Come, with han' gripping on the hilt,
An' step that proves ye Victory's daughter!
Longin' for you, our [spirits] wilt [illegible]
Like shipwrecked men's on raf's for water.
Come, While our country feels the lift
Of a great instinct shouting "Forwards!"
An' knows that freedom ain't a gift
That tarries long in [hand?] han's of cowards!
Come, sech ez mothers prayed for, when
They kissed their cross with lips that quivered,
An' bring fair wages for brave men,
A nation saved, a race delivered! 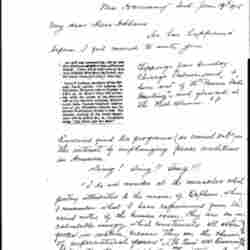 An excerpt of an article from the Indianapolis News read at a peace meeting.

Items mentioned in this document have not been indexed.