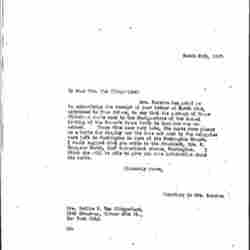 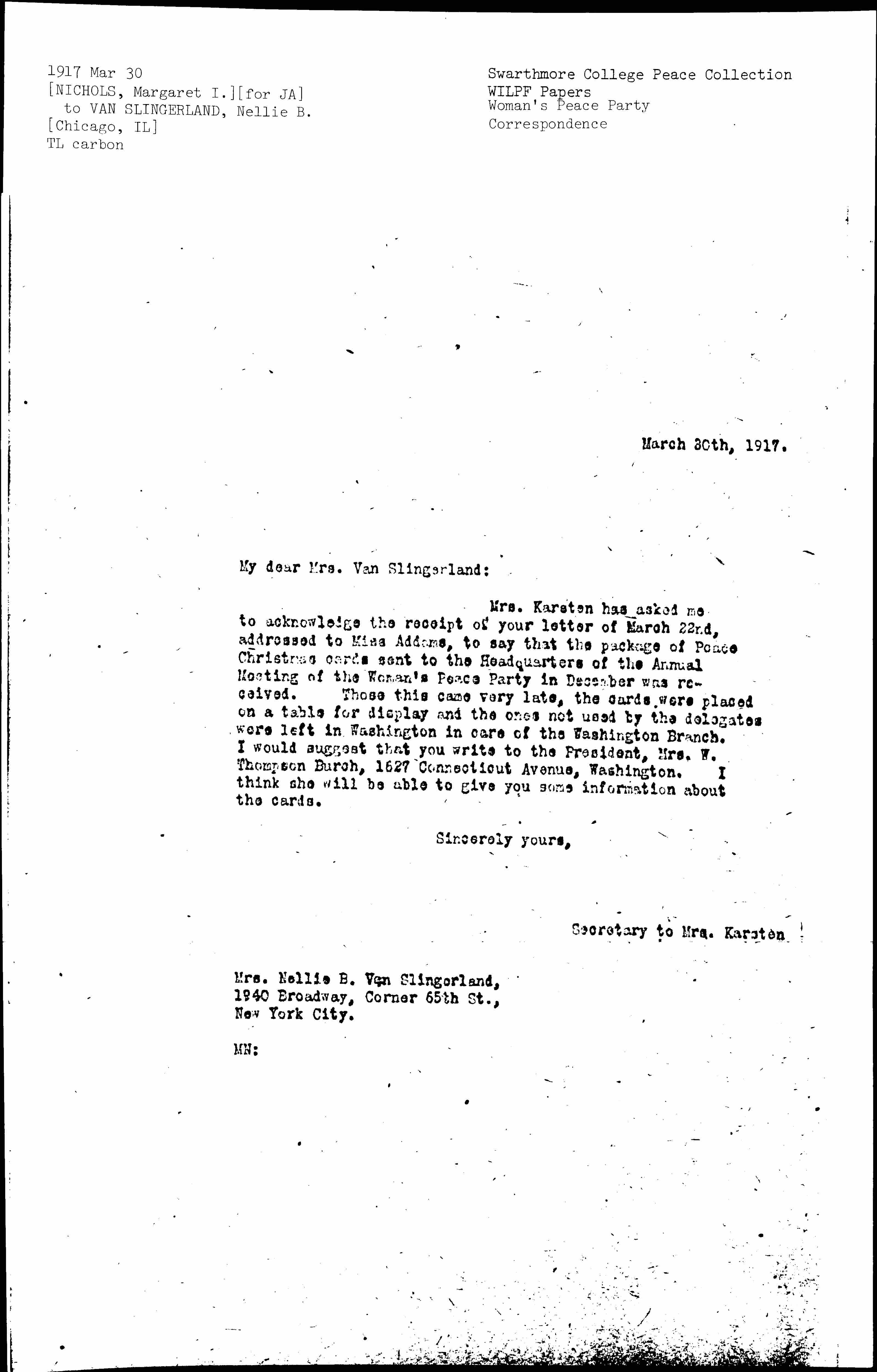 Mrs. Karsten has asked me to acknowledge the receipt of your letter of March 22nd, addressed to Miss Addams, to say that the package of Peace Christmas cards sent to the Headquarters of the Annual Meeting of the Woman's Peace Party in December was received. Those this came very late, the cards were placed on a table for display and the ones not used by the delegates were left in Washington in care of the Washington Branch. I would suggest that you write to the President, Mrs. W. Thompson Burch, 1627 Connecticut Avenue, Washington. I think she will be able to give you some information about the cards. 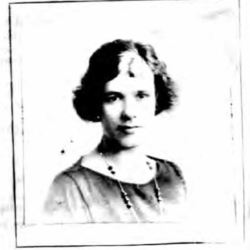 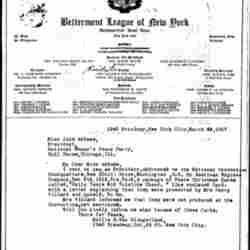