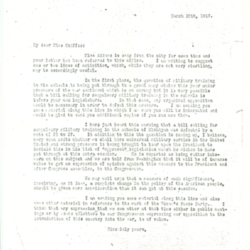 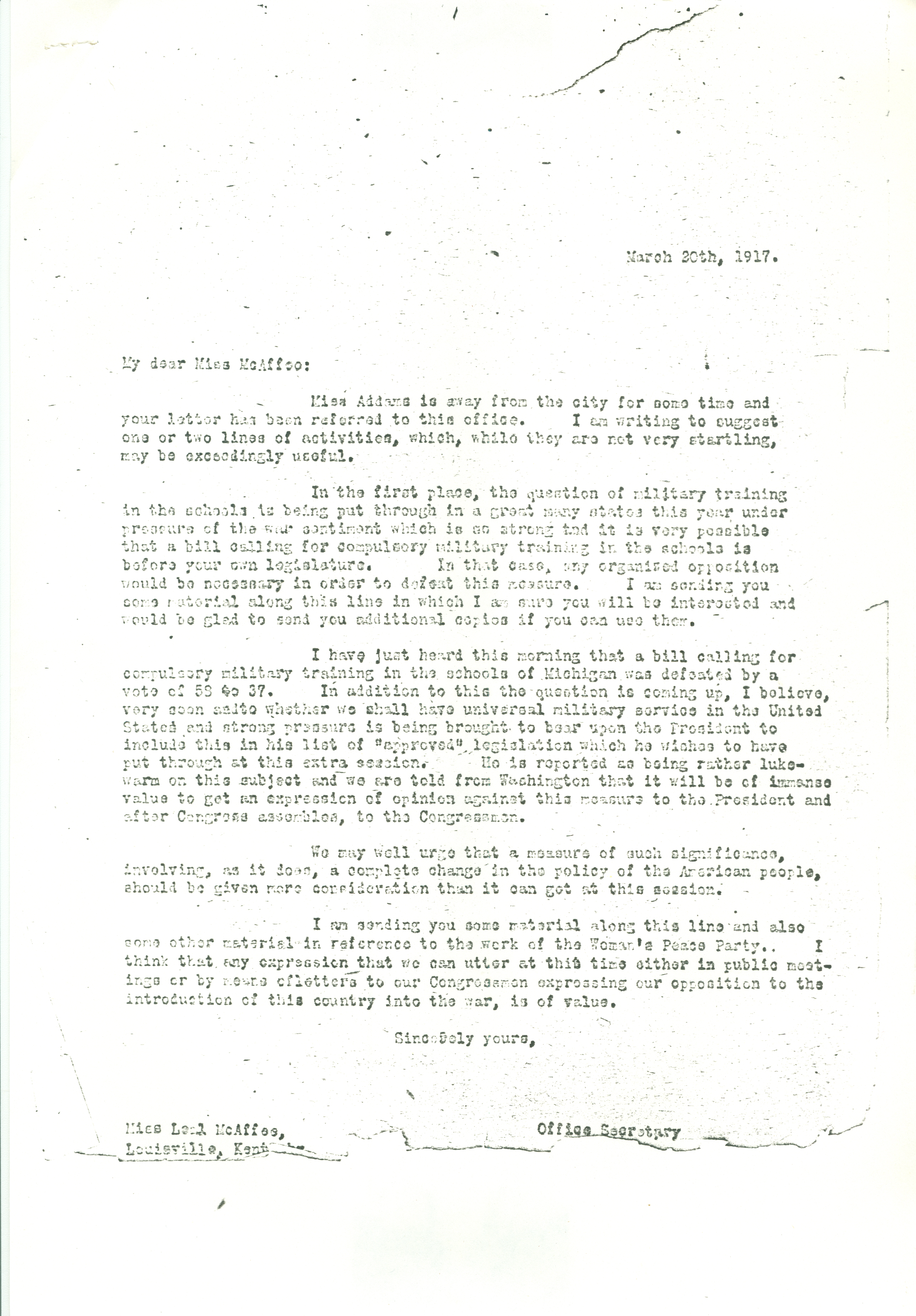 Miss Addams is away from the city for some time and your letter has been referred to this office. I am writing to suggest one or two lines of activities, which, while they are not very startling, may be exceedingly useful.

In the first place, the question of military training in the schools is being put through in a great many states this year under pressure of the war sentiment which is so strong [and] it is very possible that a bill calling for compulsory military training in the schools is before your own legislature. In that case, any organized opposition would be necessary in order to defeat this measure. I am sending you some material along this line in which I am sure you will be interested and would be glad to send you additional copies if you can use them.

I have just heard this morning that a bill calling for compulsory military training in the schools of Michigan was defeated by a vote of 59 to 37. In addition to this the question is coming up, I believe, very soon [as] to whether we shall have universal military service in the United States and strong pressure is being brought to bear upon the President to include this in his list of "approved" legislation which he wishes to have put through at this extra session. He is reported as being rather lukewarm on this subject and we are told from Washington that it will be of immense value to get an expression of opinion against this measure to the President and after Congress assembles, to the Congressmen.

We may well urge that a measure of such significance, involving, as it does, a complete change in the policy of the American people, should be given more consideration than it can get at this session.

I am sending you some material along this line and also some other material in reference to the work of the Woman's Peace Party. I think that any expression that we can utter at this time either in public meetings or by means of letters to our Congressmen expressing our opposition to the introduction of this country into the war, is of value.