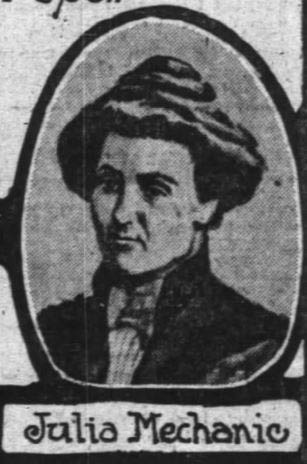 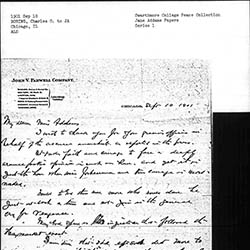 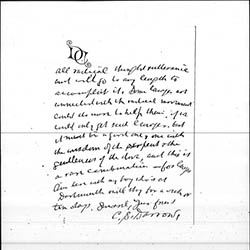 Julia Mechanic was the daughter of Meyer and Mollie Mechanic. She arrived from Russia in 1889, moved to Chicago, and worked as a dressmaker. Mechanic was was at Abraham Isaak's house when the police approached and arrested her on September 8, 1901, in connection with the assassination of President McKinley. Mechanic admitted to knowing Leon Czolgosz but claimed no knowledge of his plans. She was charged as a co-conspirator on September 10, 1901, but released on bail.