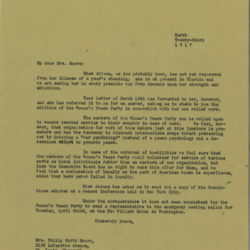 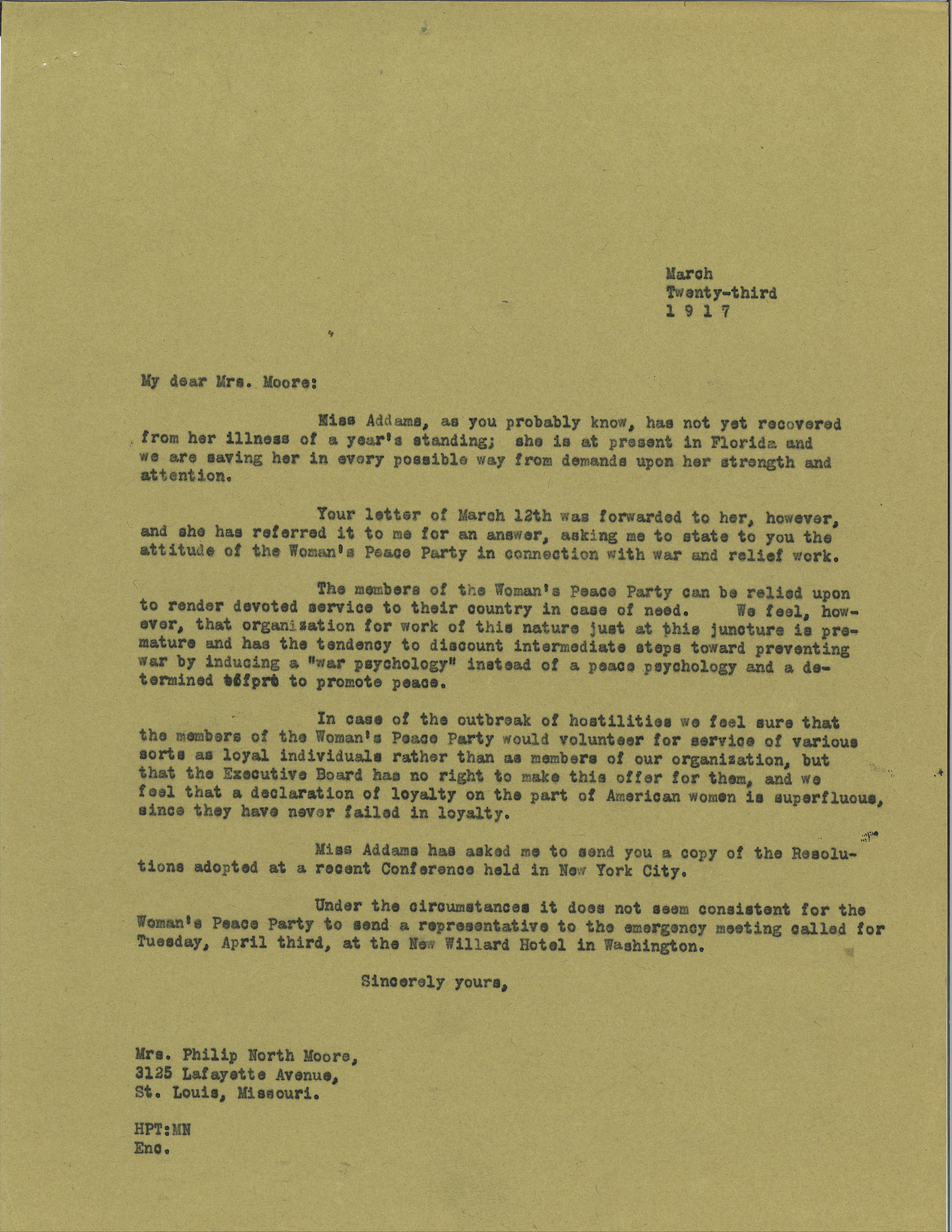 Miss Addams, as you probably know, has not yet recovered from her illness of a year's standing; she is at present in Florida and we are saving her in every possible way from demands upon her strength and attention.

Your letter of March 12th was forwarded to her, however, and she has referred it to me for an answer, asking me to state to you the attitude of the Woman's Peace Party in connection with war and relief work.

The members of the Woman's Peace Party can be relied upon to render devoted service to their country in case of need. We feel, however, that organization for work of this nature just at this juncture is premature and has the tendency to discount intermediate steps toward preventing war by inducing a "war psychology" instead of a peace psychology and a determined effort to promote peace.

In case of the outbreak of hostilities to feel sure that the members of the Woman's Peace Party would volunteer for service of various sorts as loyal individuals rather than as members of our organization, but that the Executive Board has no right to make this offer for them, and we feel that a declaration of loyalty on the part of American women is superfluous, since they have never failed in loyalty.

Miss Addams has asked us to send you a copy of the Resolutions adopted at a recent Conference held in New York City.

Under the circumstances it does not seem consistent for the Woman's Peace Party to send a representative to the emergency meeting called for Tuesday, April third, at the New Willard Hotel in Washington.

Thomas informs Moore that the Woman's Peace Party does not plan to volunteer its members en masse for war work should the war be joined.