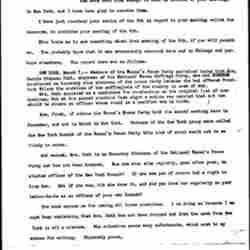 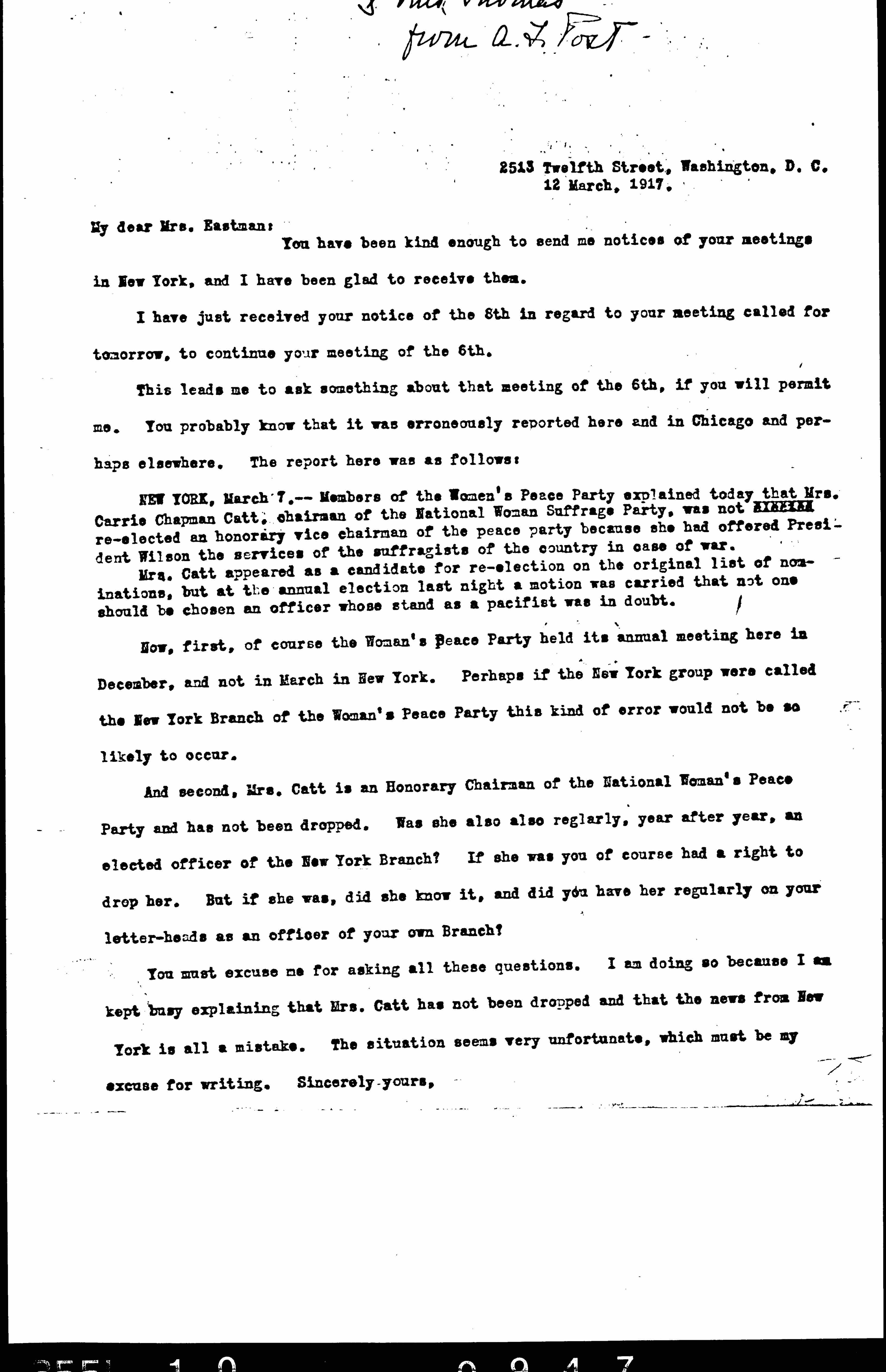 You have been kind enough to send me notices of your meetings in New York, and I have been glad to receive them.

I have just received your notice of the 8th in regard to your meeting called for tomorrow, to continue your meeting of the 6th.

This leads me to ask something about the meeting of the 6th, if you will permit me. You probably know that it was erroneously reported here and in Chicago and perhaps elsewhere. The report here was as follows:

NEW YORK, March 7. -- Members of the [Woman's] Peace Party explained today that Mrs. Carrie Chapman Catt, chairman of the National Woman Suffrage Party was not  [illegible] [reelected] an honorary vice chairman of the peace party because she had offered President Wilson the services of the suffragists of the country in case of war.

Mrs. Catt appeared as a candidate for [reelection] on the original list of nominations, but at the annual election last night a motion was carried that not one should be chosen an officer whose stand as a pacifist was in doubt.

And second, Mrs. Catt is an Honorary Chairman of the National Woman's Peace Party and has not been dropped. Was she also [regularly], year after year, an elected officer of the New York Branch? If she was you of course had a right to drop her. But if she was, did she know it, and did you have her regularly on you letter-heads as an officer of your own Branch?

You must excuse me for asking all these questions. I am doing so because I am kept busy explaining that Mrs. Catt has not been dropped and that the news from New York is all a mistake. The situation seems very unfortunate, which must be my excuse for writing. 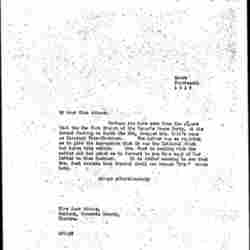 Post asks Eastman to clarify news that Carrie Chapman Catt was dropped as an officer of the Woman's Peace Party.