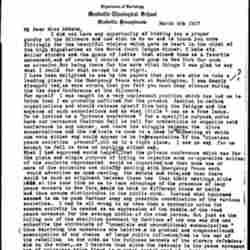 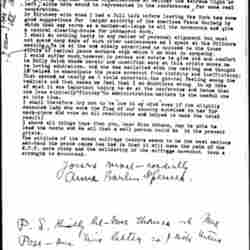 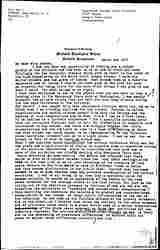 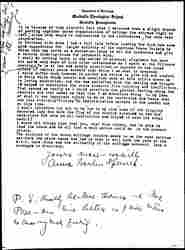 I did not have any opportunity of bidding you a proper [goodbye] at the Biltmore and now wish to do so and to thank you more fittingly for the beautiful violets which gave me heart in the midst of the high dignitaries at the World Court League dinner. I hate six dollar dinners and the gowns of ladies that attend them as a favorite amusement, and of course I should not have gone to New York for such an occasion. But being there for the more vital things I was glad to say what I could for what seemed to me right.

I have been delighted to see by the papers that you are able to take a leading place in the Emergency Peace work at Washington. I was deeply disappointed, as were others, that you felt you must keep silence during the two days Conference at the Biltmore.

For myself I was caught in a very unpleasant position which has led me to think that I am probably unfitted for the present fashion in reform organizations and should release myself from both the fatigue and the expense of such associations and do what little I can as a free lance. To be invited to a "private conference" for a specific purpose, and to have our permanent Chairman fail to call for credentials or organize said conference in any manner, and leave the struggle between the ultra conservatives and the radicals to come to a head in an <open> meeting at which one vote either way could appear to be representative of the "nineteen peace societies present", put me in a tight place. I saw no way for me except to fail to vote on anything either way.

What I had supposed would happen <was> that the private conference which was for the plain and single purpose of trying to organize some [cooperative] action of the societies represented would be organized; and that some one or more of the societies now chiefly dealing with Emergency Peace work would advertise an open meeting for debate and vote; and that there would be such an alignment between these two that their meetings, [although] held at the same time so as to take advantage of the presence of many peace workers in New York, would be held in different rooms or halls and thus assume distinctness in the public mind. Instead what happened seemed to me to push farther away any possible coordination of the various societies. I may be all wrong in my idea that a synthetic union for common activity is needed as an expression of the middle-of-the-road peace movement for the average middle-of-the-road person. But just as the ruling out of the abolition movement by Garrison of any one who did not subscribe the shibboleth of "immediate and unconditional emancipation" (thus depriving the moderates who believed in gradual and compensational emancipation of any chance of large public influence) led to the war of the rebellion on one side, as the ruthless methods of the slavery defenders did on the other, -- so I believe that [although] the radicals in the peace movement are of priceless value there is a great social need of a better organization and activity of the whole peace movement on those few activities all can undertake together. The non-resistants <and extreme radicals> have often brought on war by their aid to the sharpening of passionate differences of opinion until all power to adjust those differences peacefully was lost. [page 2]

It is because of that historic fact that I welcomed even a slight chance of getting together those organizations of neither the extreme "right" or "left," [although] both would be represented in the conferences, for some real cooperation.

Dr Kirchwey with whom I had a full talk before leaving New York has some good suggestions for larger activity of the American Peace Society by which that may serve as a mother-at-large to all the movements and give a central clearing-house for permanent work.

I shall do nothing hasty in any matter of personal alignment but must not spend many days of such utter uselessness as I spend at the Biltmore meeting. <I mean I was useless not the meeting!> To be at the end widely advertised as opposed to the inner circle of radical peace workers with which I am most in sympathy. I would suffer much, however, in person and estate to give aid and comfort to Emily Balch whose heroic and unselfish work at this crisis moves me to loving admiration. And she was satisfied with the meeting and thought it helped to emancipate the peace movement from timidity and inefficiency. That seemed, as nearly as I could ascertain, the general feeling among the radicals and that makes me feel that I am doubtless wrong in my idea of what it was important to try to do at the conference and hence that one less ethically "finicky" in administration matters is the useful one at this time.

I shall therefore try not to be "low in my mind" even if the slightly demented lady who wore the flag of our country entwined in her fur neck-piece did vote on all resolutions and helped to make the total result!

I above all things hope that you, dear Miss Addams, may be able to lead the hosts and do all that a well person could do in the present crisis.

The attitude of the woman suffrage leaders seems to me the most serious set-back the peace cause has had in that it will make the path of the W.P.P. more rocky and the solidarity of the suffrage movement less a strength to democracy.

<P.S. Kindly let Mrs. Thomas and Mrs. Post see this letter as I wish them to know my real feeling.> 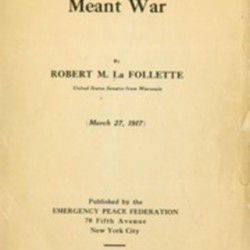 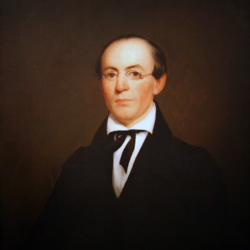 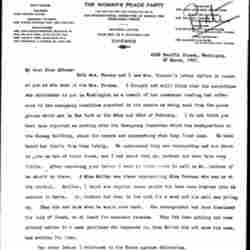 Spencer offers Addams her opinions of an emergency peace meeting which she felt was poorly run.